These are tales of contemporary America.


It began when I visited a family with children in Maryland in my son’s old school and the cute kid showed his school assignment. My friend took a photograph of it and wrote to me:

“PLEASE, if you want to publicize it do so, BUT please white out the handwritten answers, because in this age of totalitarianism, they could easily go after/persecute the child and his family. [handwritten answers not provided.] The school might be able to identify the child from his handwriting.”

Such is the fear now.

The fifth grade was learning vocabulary, supposed to choose the appropriate word from a list to replace the phrases in one of the words on the list. The subtle indoctrination is horrifying.

Just to make the point clear, I did not cherry-pick these examples. These are the first 11 which constitute the first page.

I don’t know if it is necessary to say this, but it is an extraordinary degree of politicization and it is all toward the left side.

If you need a list of why, I say this:

5. Potentially dangerous problems in the jail, where violent criminals were kept, required strict conditions.
7. The inspectors did their job and protected the public by keeping immigrants from going on their way by demanding to see their papers.
8. Unfortunately, the amount of drugs and weapons in school required violating the privacy of some students because of a disrespectful and improperly behaving minority.
9. It was a proud day for America when school discrimination was ended in 1954.

Bonus story: One friend, who is a lecturer of sociology, said that the far right controls the media in America! She also teaches her students that the corporations are doing better than ever, making record profits, because they’ve downsized and are overworking everyone. [Obamacare makes it tempting to make workers part-timers so greedy companies get blamed!]

The pro-Obama people seem to think there’s an economic recovery, but then are telling me that they haven’t seen so many empty storefronts of business that have closed! 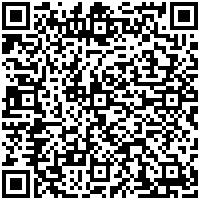