It’s been almost 2 years since the attack. While reporting on the Egyptian uprising CBS reporter Lara Logan was sexually assaulted and brutally beaten by a mob of angry Egyptians chanting ‘Jew, Jew’! She was so badly beaten that she had to be hospitalized.

Lara Logan was a typically liberal media reporter. The kind of reporter that tended to side with the underdog in any world conflict. So for example when reporting on the Israeli Palestinian conflict she would have probably focused on the plight of the Palestinians.

By implication of course that meant that the fault of Palestinian suffering lay at the hands of the occupying forces – Israel. She may not have ever spelled that out, but the implications of reportage like that is clear. And it is typical of the liberal mindset. They rarely if ever take history into consideration. They look at the here and now and say, “Fix it!”

But leaving out the historical context makes the truth disappear or seem irrelevant. But the truth of historical context cannot be over-looked. Ultimate justice depends on it. Without it, the guilty will prosper and the innocent suffer. The consequences of overlooking historical context are so evil and unjust – that after the fact even the most cynical observer will wonder how it ever happened.

I don’t recall seeing any of Ms. Logan’s reports after her traumatic experiences in Egypt. But in a recent public appearance in Chicago she wasn’t talking about Palestinian suffering. From the ChicagoSun-Times:

“There is this narrative coming out of Washington for the last two years,” Logan said. It is driven in part by “Taliban apologists,” who claim “they are just the poor moderate, gentler, kinder Taliban,” she added sarcastically. “It’s such nonsense!”

Logan stepped way out of the “objective,” journalistic role. The audience was riveted as she told of plowing through reams of documents, and interviewing John Allen, the top U.S. commander in Afghanistan; Afghan President Hamid Karzai, and a Taliban commander trained by al-Qaida. The Taliban and al-Qaida are teaming up and recruiting new terrorists to do us deadly harm, she reports.

She made a passionate case that our government is downplaying the strength of our enemies in Afghanistan and Pakistan, as a rationale of getting us out of the longest war. We have been lulled into believing that the perils are in the past: “You’re not listening to what the people who are fighting you say about this fight. In your arrogance, you think you write the script.”

Our enemies are writing the story, she suggests, and there’s no happy ending for us…

Logan even called for retribution for the recent terrorist killings of Christopher Stevens, the U.S. ambassador to Libya, and three other officials. The event is a harbinger of our vulnerability, she said.

I am not shocked by her conversion. They say (don’t ask me who “they” are) that a conservative is a liberal that has been mugged. I guess that is what has happened to Ms. Logan. Now instead of focusing on things like the plight of Palestinian “refuges” she is focusing on the greater truths of the Middle East.

Besides her apparent new understanding of the reality of Islamic fanaticism – I would personally add that a very large portion of it includes a rabid religious hatred of the Jewish people. Something most reporters ignore or at best gloss over.

My reaction to this story is to say to Ms. Logan, “Welcome aboard.” “We could use a few more reporters like you.”

I only hope it doesn’t take any more violent sexual attacks to make it happen. 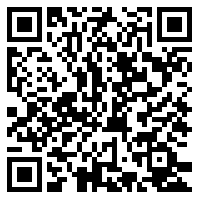