First I want to make it abundantly clear that this is not an anti Islam rant. What I am about to discuss is not meant to bash Muslims in any way. To the best of my understanding, the vast majority of Muslims are fine law abiding people with strong religious values. Many of which align with Judaism. In fact I would say that as a people, there are far more Muslims that are observant of their religion than there are Jews observant of theirs (ours).

The Muslims that I have met in my life have all been are among the  nicest and kindest people I have ever encountered. Most of them just want to be left alone to practice their faith and otherwise get along with their neighbors. They are just as fearful and upset by the terror committed in the name of Islam as I am – or as anyone else is. And condemn it equally with the rest of us. There has been an increase of hate crimes against Muslims because of these acts of terror. Many of them suffer a variety of indignities because of it. I can’t imagine what it’s like to be a Muslim in America now.  If anything, we should have sympathy for what these people go through because of their Jihadist coreligionists.

So what’s my problem? It is simply this. It has been Islam that is the source of the ideology that motivates these terrorists. Which has made terrorism the scourge of our time. With rare exception the violence perpetrated against the civilized world (mostly in Europe but with many instances of it here) has been done in the name of Islam. The people doing it are motivated by their faith in a version of Islam that promotes Jihad – religious war. A faith so strong that they are willing to give up their lives in pursuit of their religious goals. While it is a small minority of the Muslim world that has this ideology, enough of them do to make the world a very unsafe place these days.

The latest terrorist attack in Manchester, England was only the latest example of this. The terrorist was a Muslim. A citizen of the UK that was radicalized by that theology. A radicalization that can easily be accessed online. A radicalization that glorifies martyrdom. So that disaffected young Muslims whose parents might be mainstream and peaceful  will do what Salman Abedi did – put on a suicide belt and blow himself up along with as many people he can for the greater glory of Islam.

In this version of Islam there are no innocent victims. Or if there are, they are easily sacrificed for their Islamist cause. It should not be lost on observers that the targets of these people are not only places where maximum casualties will occur.  They are often places that Islam considers sinful. It was not a coincidence that a secular concert by Ariana Grande was chosen as a target. Not any more that it was a coincidence that Pulse, a gay bar in Orlando was chosen as a target by another Islamist.

I know that there will be some that will say that Islam is not alone in producing extremists. Christianity has had its share of crusades throughout the ages where thousands of innocent people have been slaughtered in the name of the Church.

Judaism has produced a few extremists of its own. Baruch Goldstein comes to mind. But the Baruch Goldsteins of the world are not killing for Judaism. In their warped state of mind they believed they were defending their people with pre-emptive strikes. That does not excuse their behavior. But at the same time they do not have a mission to spread terror throughout the world by recruiting people to kill innocents in mass murders or suicide terrorist attacks.

There is no recruiting. There are no Jewish websites that are designed to radicalize the Jewish young. No Jewish websites that describe in detail how to make bombs that will maximize causalities and suffering  when they are detonated.  And for every Baruch Goldstein there have been hundreds of attacks by Islamists against innocent people for only one purpose. To strike terror into the hearts of the ‘infidel’ world in order to further the cause of Islam.

How many more ‘Mancheters’ will it take before the world realizes that these terrorists are a product of Islam?  How many more times will we hear a world leader whose countrymen were slaughtered by an Islamist say almost reflexively that the perpetrator does not represent Islam? Or that Islam is a religion of peace?  Muslim clerics that stand right alongside them in silent acknowledgement does not take away from the fact that at the core, Islam is what motivates these terrorists.

These terrorists didn’t make up the ideology. There is a strain of Islam that preaches what they are doing. While I agree that the vast majority of Muslims are not part of this strain and condemn it right along with the rest of the world – that does not mean that it doesn’t exist. It clearly does. Al Qaida and ISIS are 2 groups that believe in that kind of Islam. I’m sure they are not the only ones. They do not think of themselves as criminals. We might call them that. But in their minds they are agents of God doing His ‘holy’ work.

The sooner the world wakes up to this ‘plain as day’ fact, the sooner we might be able to be a bit more effective in preventing these kinds of attacks in the future. I know that this kind of thinking is politically incorrect. I also realize that most Muslims will not appreciate terrorism and Islam being cast together.I don’t blame them.

But the fact is that even though the Islamists are a relatively small number of the whole – they are part of the same religion. And it is that ‘small’ number that is perpetrating all the terrorism in the world. (Yes, there are some exceptions of terror that are not Islam based. But they are minuscule compared to Islamist based terror.)

What, one may ask, is accomplished by recognizing this clear fact, other than further stigmatizing them? The answer should be oblivious.

The security apparatus of the United States currently focuses on increased security measures that affect everyone.  Every time there is an attack like the one in Manchester, we hear about stronger measures being taken at airports: better metal detectors; tighter control on what may be brought onto an aircraft; increasing the random number of ‘pat-downs’ at airports; more thorough searches of carry-on luggage; more restrictions on what may be brought aboard an aircraft; more scrutiny of electronic devices; removing shoes; going through x-ray machines… who know what’s next!

The one thing I have consistently noticed is that the security measures at Ben Gurion Airport are nowhere near as intrusive. Half of the things other airport’s require are not required by Israel. And yet Israel has not seen any kind of attack at their airports or on their aircraft. Considering that Israel is seen by them as Islam’s  greatest enemy one would think it would be a prime target. How can this be?

The answer is quite simple. Israel profiles. They look at the individual. They interrogate each passenger to determine if they are who they say they are. And if they are there for the reason they say they are. If a passenger is Musilm they are going to get extra scrutiny. It may be unfair and politically incorrect. But in our world today, what choice do we have? We can no longer afford the luxury of closing our eyes to Islam as the source of the problem.

Law enforcement and Homeland Security needs to be more vigilant with a people whose religion harbors Jihadists. Not harassment. Not expelling Muslims or not barring them from entry. But a careful and watchful eye. Is profiling and extra scrutiny for Muslims unfair? Yes. But, as Israel might tell you – it’s necessary.  This should be the unofficial policy if not the official one. Because in my view it will save many lives.

One may ask how I would feel if Jews were treated this way. My answer would be that I would feel the same way. If Jews were the ones blowing themselves up in mass crowds on a regular basis, I would expect – and even desire that we Jews are all carefully screened to assure the safety of the rest of all of us. 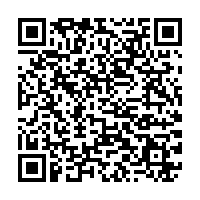