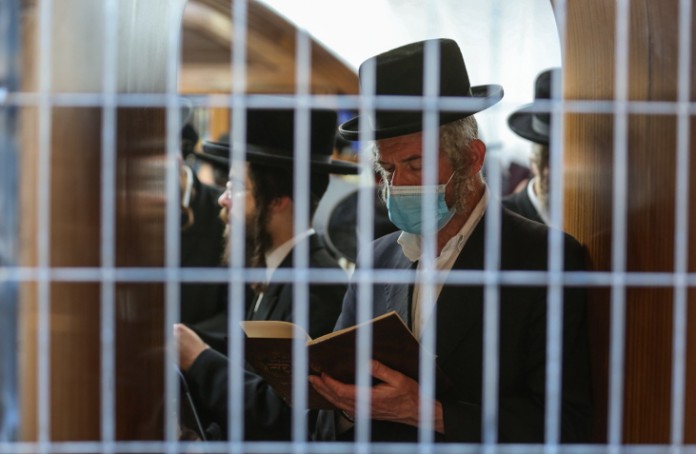 Maybe it’s the lack of Tznius. Or Lashon Hara, Or the internet. Maybe that’s why the Charedi world in Israel has lost out. They have apparently failed in one or more of those things – and not taken care of ‘business’.

Or maybe they should just check their Mezuzos.

Ok. I’m kidding. But I’m sure Charedi politicians and their leaders cannot imagine a tragedy much worse than what is happening in Israel right now. A new government is about to be formed that for the first time in many years will not include them. It is being formed at the initiative of Yair Lapid, whom they see as an enemy of Torah dedicated to their destruction. Joining him will be Avigdor Lieberman who is seen the same way.


But neither Lieberman nor Lapid will be the new prime minister. That will be Naftali Bennett. Who didn’t win enough seats to even make it into the Keneset last time.  And just like that, he will be the new ‘king’.  (If you can believe that!)

Although it ain’t over til its over – since it still requires Keneset approval… it seems like it’s pretty much a done deal. Nobody wants to go to a 5th election.

This of course means that we are at the end of an era. Netanyahu’s 12 year reign – the longest of any other prime minister – is over. He has been at the helm of power since 2009. His next stop may be prison if he is convicted of corruption

Why would any leader be in office so long? Because that is what the people of Israel wanted. His party has consistently won more Keneset seats than any other party. Often by a lot. There is a reason for that.. He has accomplished a lot of things for his country. Just to name some of them:

His handling of the coronavirus and his guidance of the economy afterwards. He has been in the forefront of leadership on these issues and excelled in both by any measure.

He made peace deals with four Arab countries. The UAE, Bahrain, Morocco, Sudan. That is unprecedented.

Under his watch, encouragement, and policies, Israel became a leader in high tech.

He has kept his country relatively safe from terrorism.

And when Israel was attacked from Gaza by Hamas – with over 4000 Iranian supplied rockets, he responded with necessary force –  probably degrading their terrorist capabilities for years to come – all while doing more than any other country to minimize casualties in a situation that made it almost impossible to do so.

He has also responded to Iran’s belligerency toward Israel with both covert and overt actions that has harmed their progress towards their oft stated goal of annihilating Israel.

These are just some of the things that come to mind. I’m sure there are more.

He does however have a downside. Which is what did him in. Mostly having to do with his arrogant attitude towards those he disagreed with. Whether it was a US president, liberal Democrats  in congress, or members of his own government. He made promises that weren’t kept. He alienated anyone he saw as a political threat.. Leaving him with lots of political enemies that can’t stand him – and few allies outside of his own party. Eventually making it impossible for him to build a governing coalition.

There are also many voters that hate him for a variety of reasons. They are rejoicing at his demise. Obviously though that feeling is not universal even now since he still got almost double the votes than his nearest rival, Lapid.

What about the new guy, Naftali Bennett? And what about his ruling coalition? To call it strange is the understatement of the year.

Bennett is so far to the far right that he makes Netanyahu look like a liberal. He has publicly called for annexing the West Bank. Something even Netanyahu never supported. At least publicly. And yet Bennett’s foreign minister will be the center/left Yair Lapid who believes in a two state solution. Furthermore for someone  as right wing as Bennett to partner with Mansour Abbas’s Islamist party is shocking. (Truly hard to believe and yet – there it is.) That is almost as amazing as Abbas willingness to join him! ( Next time anyone calls Israel an Apartheid state because of how they treat their Arab population – they might want to take a look at this.)

Here is how the new coalition adds up:

That is 62 seats. One more than needed to form a governing coalition. But can it last? Can it even begin – with such wide disparities?

I think it can… but it can just as easily break up sooner than you can say ‘Jack Flash’. The latter possibility should be an obvious one. But the former one is possible too. If they proceed as planned. Which is to focus mostly on domestic issues. About which there is somewhat of a consensus. What about the Arabs in the coalition? That is the most surprising thing of all. It would not shock me to learn that Abbas has a price on his head by Hamas.

But Abbas joined the coalition for altruistic reasons. He wants to help his people get their fair share of the Israeli pie. Which is his job in the Keneset. As a member of the ruling coalition he is in the best position ever to do that.

There are some other areas of agreement shared by these most disparate of coalition partners. For example they support Israel’s current approach to Iran. They all oppose the Iran nuclear deal with the US and Europe They all support a strong military. And they all support a strong relationship with the US as well as with Europe and Asia. If they can manage to avoid the Palestinian issue. They might just get along.

What about religious issues? Clearly some of their coalition partners are not too thrilled about religion playing any part in government decisions. They see Charedim as an impediment to that.

We will see how all this plays out. But as much as I will be sorry to see Netanyahu go, I must say that I will be proud to see the first fully observant prime minister in Israel’s history. Which Bennett is. If nothing else this is a major Kiddush HaShem. At least for now. The rest depends on what happens once he is in office. It is ironic however that the first observant prime minister will not have any of the religious parties in his coalition while some of his coalition partners are actually seen as antireligious! How sad is that?!

But that’s the way the ball bounces sometimes. 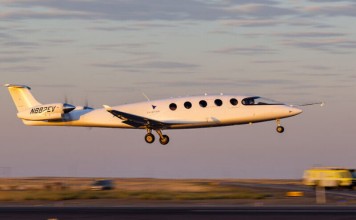 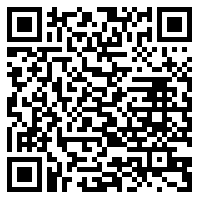