Last week, six prominent religious Zionist rabbis issued an urgent call condemning the effort to establish a new government with right, center, left, and Arab parties. What followed a day later was a call from Shin Bet chief Nadav Argaman to stop the violent discourse in Israeli society, warning that this discourse can lead to lethal violence (Shin Bet Chief’s Warning Against Incitement May Become Police Repression of Resistance to Bennett’s Government).

Argaman’s announcement was a rare thing in Israel’s political history, in which most earth-shattering political announcements have to do either with the Holocaust or the Rabin assassination. Here’s my translation of the urgent call, issued by Rabbis Yitzhak Ben Shachar (Rosh Yeshivat Kedumim), Shlomo Aviner (Ateret Cohanim), Haim Drukman (Or Etzion), David Chai HaCohen (Le’Netivot Israel), Eliezer Waldman (Nir Kiryat Arba), and Shmuel Eliyahu (Chief Rabbi of Tsfat):

It is inconceivable that a government is established in Israel that would harm the very foundations of state-and-religion issues which have been the status quo since the establishment of the State of Israel, observed by all the governments of Israel.

Undoubtedly, this government will also harm security issues that have to do with our very existence, seeing as it relies on terror supporters and will include ministers who have called on the International Court in the Hague to investigate IDF commanders for war crimes.

This government is completely opposed to the will of the nation as it has been expressed most decidedly in the recent elections.

We must make an effort to do everything so that this government is not established (boldface in the original – DI).


I could probably poke holes in every one of the above paragraphs, including the claim that the majority of the nation expressed its clear will in the recent elections. If they had, we wouldn’t be facing four consecutive elections in which neither side has been able to establish a coalition government. Even if we were to discount 21% of the voters, namely Israeli Arabs, the Israeli right would still be split between pro- and anti-Netanyahu voters.

But a yawning gap stretches between a rabbinical announcement being rife with inaccuracies and fuzzy facts and its depiction as incitement.

Yaakov Perry, former head of the Shin Bet, told 103FM on Sunday that he hopes Argaman’s warning “will be a deterrence if there are really groups or individuals among us who want to take the law into their own hands. I don’t make the difference between right and left, even though Argaman’s warning comes against the backdrop of demonstrations from the right.”

Can’t help myself here: do you remember Yaakov Perry’s military background? He claimed to have played the trumpet in the IDF orchestra. There were other trumpet players, but only Perry made it to the chief of the Shin Bet. But in 2018, after a TV investigatory program proved he never served in the IDF at all, Perry was forced to resign from politics.

For two years, tens of thousands of Israeli leftists cram the streets around PM Netanyahu’s residence in Jerusalem, clash with police, break the social distancing and the mask regulations, spew enough hatred and loathing to fill up a cage full of angry gladiators, and the Shin Bet chief stays mum. One night, fifty right-wing activists get together outside MK Nir Orbach’s house in Petah Tikvah—an assembly which Orbach himself supported, in the name of free speech—and Nadav Argaman is losing his cool.

If you ask me, it’s because of the boldfaced line in the rabbis’ letter that said: “We must make an effort to do everything so that this government is not established.”

In 1995, right-wing rabbis were blamed for the Rabin assassination. It was their rhetoric against the Oslo Accords, their defiance of the leader, PM Yitzhak Rabin, who loathed the entire settler community and said so. The fact that the assassin himself, Yigal Amir, said during his trial that he had not been influenced by right-wing rabbis didn’t register with the left or with the media. Incidentally, Amir was also not influenced by rabbis who must have recited to him the commandment, Thou shalt not commit murder – also a big one.

Meretz MK Yair Golan who lost his chance to become IDF Chief of Staff by practically comparing Israel to Germany just before the Nazi takeover, on Sunday morning tweeted that Rabbi Drukman said back in 1995 that everything must be done – and then Yigal Amir did it. Clearly, Golan did not make the special “Let’s make Yamina comfortable in the Lapid coalition” meeting.

Of course, it’s only fair to point out Golan’s hypocrisy, as Yair Golan, as recently as this past April, used the same exact “must do everything” language when it came to kicking out Netanyahu.

Rabbi Drukman responded Saturday night to the claim that the rabbis’ letter against the formation of the Bennett-Lapid government constituted incitement, saying: “In a democracy, things can be expressed in a letter, just as it is possible to demonstrate for months near the prime minister’s house. There is no incitement here and it is inconceivable that it is about some kind of violence. Everything possible can be done in a democratic way to prevent the formation of this government.”

If only we had a public platform where individuals could share their views on these crucial issues in a fruitful public discourse. We used to, but then Facebook, WhatsApp, and Twitter banned the right-wing voices (Facebook on a Rampage to Gag Right-Wing Israelis Ahead of Change in Government). 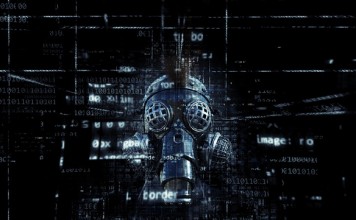 Cancel Culture, Censorship and the Possible End of Democracy as We Know It – The Tamar Yonah Show [audio]