The draft is one big step closer to reality today. Most issues have been settled. The only thing that seems to be remaining before it is voted into law is the number of exemptions. When that is settled it appears that Charedim in Israel will be drafted into serving their country. Either in the military or in some other form of national service (…although there will be a grace period of a few years so that the infrastructure can be set up to accommodate them along the lines of Nachal Charedi).

One would think that finally, at long last, a long standing inequity will be eliminated. Now every able bodied member of Israel will ‘share the burden’. But will it?

Not if Rav Shmuel Auerbach has his way. He is promising to fight to the death this ‘evil decree’. There will be no compromise… no surrender!  “We will fight until the death for our rights.”

This sets the stage for protests unlike anything Israel has ever seen. One can imagine what will happen if the police start entering Yeshivos during a morning Seder and start rounding up students and Avreichim that resisted the draft. It conjures up images of Nazis rounding up Jews in occupied Europe during the Holocaust. Another image is that of police and Charedim doing physical battle with each other in the streets. It is now virtually certain that this kind of confrontation will take place since the penalty for resisting the draft will be prison. Not the lesser financial penalty suggested by some. There are not enough jails in Israel to contain the vast numbers of threatened resistors.

Added into the mix is Hesder. Religious Zionist students can sign up for a 5 year program of joint 3 and ½  years of Yeshiva and 16 months of military service. The committee has decided to increase by one month the amount of time that Hesder boys spend on the military side of there program. This has upset the Religious Zionists who rightfully claim that the Hesder boys are among the most valiant soldiers – often volunteering in groups to take on the most dangerous military assignments. Implied in their anger of this is the question, ‘Is this the thanks they get for the kind of high quality service they perform?’

Everybody’s got an angle. No one wants their ox to be gored. They only want the other guy’s ox gored if they consider that ox to be worthy of said goring. When they are crossed they tend to go over to the other side and unite in opposition to the goring ox.

The focus of the anger in this case is Yair Lapid, the Finance Minister whose signature campaign issue of was drafting Charedim into the army.  The campaign was so successful that his new party became the second largest one in Israel – which says something about the will of the Israeli people (His popularity has since plunged because of his heavy handed approach to slashing the budget. But that is beside the point. The will of the people on this issue is clear.) Lapid is drawing fire from everyone.

Religious Zionists like blogger ‘JoeSettler’ (who actually thinks Charedim should serve their country in some capacity) are now saying that all the Charedi accusations about Lapid are correct. That he is at war against the Torah! Indeed one might think so based on some of the things he said on his on Facebook page about Charedim.

I am not in a position to judge anyone’s true motives. But I have yet to see any hard proof that Lapid is the ‘Jewish anti Semite’ he is increasingly being accused of by the religious segments of society.

Liberman: We’ll Sign for Both Gantz and Netanyahu to Assemble Coalition 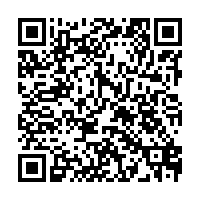