Editorial note: We should probably set the record straight at this point and agree that the figure used by the media, including this publication, of 850 thousand participants in Rav Ovadia Yosef’s funeral was most likely inflated. Updated estimates are that as many as 200 to 450 thousand participated – and it was still the largest funeral procession in the history of the state of Israel. Mind you, the entire population of Jerusalem, Jews and Arabs, secular and religious, men and women combined, is still below 800 thousand. The physical requirements for that originally cited number to gather in the city–and within one afternoon–would have required nothing short of an act of God as described in tractate Avot regarding the miracles in the Temple.

The Ramchal [R. Moshe Chaim Luzzato, author of Mesilat Yesharim and Derech Hashem among other works], speaks of our obligation to develop a perspective regarding the historical events we experience. Quoting the passuk in parashat Ha-azinu, he explains that the dictum “sh’al avicha v’yagedcha” [ask your fathers and they will explain] entails trying to understand – through the eyes of those who are more experienced – the implications of events that transpire.

Our memories can be divided into two forms. One is on the individual level; we recall major events that marked changes in our lives; the birth of a child, the day we married or the passing of someone dear to us. I would suggest that in regard to this type of memory there is no need to consult with our elders to determine their significance.

Then there are the memories of historical events which we have experienced as a group. Many can recall in great detail where they were on 9/11 when they heard the reports of the destruction of the twin towers. Those of us who are a bit older remember the moon landing or the assassination of JFK or the attack on Pearl Harbor. These were not simply historical occurrences; they were game changing events that transformed the society of which we are part.

Pearl Harbor and 9/11, for example, represent the loss of the innocence and isolation that America believed protected her from the ills of the rest of the world. Fortress America was not immune to the maladies that threatened the rest of the world. The moon landing ushered in an age of technology in which we believed that we were bright enough to accomplish any goal we chose to pursue.

Those of us who participated in the levayah of Maran HaRav Ovadiah Yosef ztk”l last week were witness to a historical event of no less import, an experience that must remain inscribed in our essence. Eight hundred and fifty thousand people [according to broadcast reports by the Israeli police] participated in an event arranged within the space of less than four hours. Eight hundred and fifty thousand people – that represents approximately 14% of the Jewish population of Israel – jammed the streets of Geulah and Sanhedriah to demonstrate their respect for and identification with the life work of a single man.

I am not qualified to describe Rav Ovadyah’s greatness in halachah and learning. Nor is it my place to evaluate his leadership role in returning the crown of Torah to Sefardic Jewry. But participating in the overwhelming demonstration of kavod ha-Torah, on a scale probably not matched since ma’amad har Sinai, has engraved itself indelibly in my psyche. Rav YisreoL Meir Lau shiltah expressed it so well in his hesped; the hundreds of thousands gathered – as well as the hundreds of thousands of others who might have come had there been more time – were the most eloquent expression of klal Yisrael’s strong link to the Torah.

The Talmud in Bava Kamma [83a] quotes a derasha of Rav Dustai of Biria on the passuk “shuva Hashem rivevot alfei Yisrael” explaining that the Shechinah does not rest upon less than an assembly of twenty-two thousand Jews. Tosafot poses a question from a gemara in Sanhedrin which suggests that the Shechinah is present even among an assembly of ten Jews. They answer that there is a qualitative difference between the presence of the Shechinah when ten jews are present and when twenty-two thousand are present.

Torah Temimah offers an alternative response. Indeed, the Shechinah is present when ten Jews gather to learn or pray. But when twenty-two thousand Jews gather, the Shechinah is present even without prayer or study. If you participated in the levaya, or if you watched the live broadcast, you were witness to a gathering almost forty times the size of what is necessary to bring the presence of the Shechinah to rest amongst us! If you heard the crowd’s thundering recital of Shema and Hashem hu ha-Elokim after the hespedim, you were witness to what may very well have been the largest kabbalat ol malchut shamayim in history! 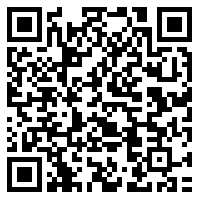