When President Obama was newly elected, he made a trip to the Middle East to address the Arab nations. He spoke about Israel’s right to exist as a Jewish nation citing the Holocaust as the reason.

He was roundly criticized for that by many – especially in the religious community. Because as we all know the real reason Israel has a right to exist is because God gave it to us. It is in the bible. Check it out.


But even though that is the primary reason for our rights to the land of Israel, the President’s references were not entirely wrong. In fact it was indeed the Holocaust that motivated many nations in the UN  to vote in favor of creating  a Jewish State – partitioning Palestine into two separate states, one Arab and one Jewish.

One of the things that made me tear a while back is when I heard and saw archival footage of Jewish refugees interred  in a displacement camp post Holocaust singing Israel’s national anthem, the Hatikva. It appears they did so spontaneously upon hearing the announcement of a Jewish State in Palestine.  Until the establishment of the State – they had no place to go. No one wanted these Jewish refugees. Palestine under the British Mandate closed their doors to them. Now – they were finally open. Jews could finally go ‘home’.

I must have seen the archival footage of Ben Gurion declaring Israel’s independence dozens of times. It too makes my eyes tear. I don’t see how anyone with a Jewish heart would not have the same reaction. Especially after the Holocaust. That took place on the 5th day of the Hebrew month of Iyar, returning the land of Israel back into Jewish hands for the first time in 2000 years. That day- Yom Ha’atzmaut – is now celebrated annually in Israel and by many Jews outside of Israel. And it is being celebrated in Israel right now.

Lest  anyone minimize the importance of this day in either the religious context of returning to our own land – or in the humanitarian context of opening her doors to all Jews, I refer you to Rav Ahron Soloveichik. He has determined that it is proper to say Hallel on this day. And not to say Tachanun – which is normally said weekdays during morning and afternoon prayers – but never on Jewish holidays.

Why no Tachanun on this day?  Rav Ahron’s frame of reference is Tu B’Av (the 15th of Av). We do not say Tachanun on that day because the thousands of martyrs of Beitar were brought to burial after the Roman authorities decree against that was lifted. There was cause for great joy in Klal Yisroel because these bodies could now be treated with dignity. So much so – that it was declared a holiday for all future generations. If Chazal could declare a holiday for this, how much more so should there be a festive holiday when the remnant of the European Holocaust came not to Jewish graves –  but to refuge in the Jewish homeland!

What about Hallel?  The Meiri in the last chapter in Pesachim tells us that an individual or community is overtaken by a Tzarah (disaster of any kind or any source) and is miraculously delivered form it – then there is a Mitzvah to recite Hallel at the time of the redemption and on its anniversary each year. That it is a Mitzvah but not an obligation means that we do not recite the blessing for Hallel. But one may indeed institute saying Hallel for himself and saying it is considered the fulfillment of a D’Oraisa – a Torah based Mitzvah!

Are We on the Brink of a New Dark Ages? 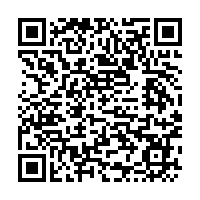