What do all these prominent religious figures have in common – many of them great rabbinic leaders? They all died of COVID or complications related to COVID. Along with over 2 million other human beings around the world since the pandemic began.

It’s hard to be funny this year on this day of Purim.

It has been quite a year. Almost exactly one year ago today is when this virus hit us hard. I remember its beginnings well.

I had been following the news about a virus that originated in Wuhan, a city in China back in January of last year. Didn’t think much about it. It was just another news story among what I believed were far more important stories.

Along came February and I had heard that a nursing home in the state of Washington had a few cases of this virus. And that residents were getting seriously ill – some dying. I thought, OK. Sad as this was, it was nevretheless 2000 miles away from Chicago. And the nursing home residents that died were surely health compromised. Even a simple flu virus could be mortally dangerous to them.

Then I had heard that a religious Jew in New York had contracted it. And that he was very sick. Sorry as I was to hear that I still wasn’t that concerned about it being in Chicago. I did however begin to wonder if it was just a matter of time before it hit Chicago.

And then one Sunday morning in early March just after Purim, I had attended my regular Daf Yomi Shiur and I was informed that someone in the Shul tested positive. That was the last time I attended a Shiur of any kind in person. Shortly thereafter Chicago had a lockdown. The city was virtually closed. No shul. No school. No restaurants… and people started getting sick and dying in huge numbers. It was like a really bad B movie. Only it wasn’t a movie. It was real.

While we are no longer in major lockdown – this is pretty much how it’s been for an entire year. That lives might have been saved if things were done differently is probably true. But there is no use crying over spilled milk.  ‘Coulda’ ‘Woulda’ ‘Shoulda’ isn’t going to help us now. We need to look forward.

Vaccines are the key to a normal future. It is only a question of time and maximum participation by the public. Once we achieve herd immunity, we will be able to return to the more or less normal lives we had pre pandemic. Although I do believe some things will be forever changed by our experiences over the last year.

I just wanted to reflect on how devastating this disease has been to the world in general and to our community in particular. There are probably few people that don’t know someone that died or suffered greatly from COVID. And may still be suffering.

It need not be said that next to the Holocaust this pandemic is by far the greatest tragedy of the last 100 years to befall our people.  Only this time we are not alone. All of humanity is in the same boat. No one could have ever dreamed something like this could happen. These kinds of things only happen in disaster movies. Not in real life.

That’s what I used to think. I was complacent – even though I realized that in theory it could happen. I recall my zoology professor telling us (his class) way back in 1969 that the most dangerous thing mankind faces is the virus. If anything can destroy humanity that is it.  I now understand what he meant.

There are some other prominent figures that died this year for reasons unrelated to COVID. Just to mention a few that come to mind, Rabbis Norman Lamm, Adin Steinzlatz, and Jonathan Sacks.

It has been a rough year.

Purim is the Yahrzeit – so to speak – of this pandemic. Purim is the time when we say V’Nahaphechu. Which basically means turning things suddenly on their head. Haman’s nefarious plans to annihilate us in ancient Persia turned around suddenly and annihilated him and his family instead. Last year’s V’Nahaphechu changed us suddenly for the worse. Maybe this year V’Nahaphechu will do the opposite.

I think it will. It may not happen suddenly. But God willing it will happen. 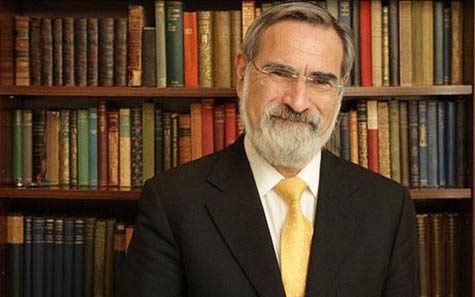 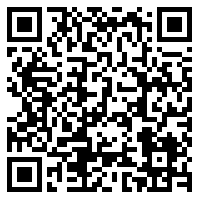