I always enjoy Alex Fleksher’s columns. Even when I don’t agree with her. Which is rare. Last week’s column in Mishpacha Magazine is yet another one I agree with.


Alex took an insightful look into what Tznius actually means via an article in the Wall Street Journal (…behind a paywall. You must subscribe to read it). In that article it was noted that there is a culture among Orthodox Jews that mimics the famous cliché – ‘Keeping up with the Joneses’. I call it ‘Keeping up with the Katz’s and Cohens’.

She is not the first one to point out the current state of affairs among Jews living in 21st century America. We now enjoy an unprecedented level of acceptance. But this blessing is really  a double edged sword. On the one hand it has given us unprecedented freedom to practice Judaism in any way we wish. And it has allowed Jews to access all manner of universities, professions, jobs, and clubs. With the full benefit of the great bounty this country is blessed with.

On the other hand for far too many of us – it has also hastened our assimilation out of Judaism. We are so accepted that not only may Jews marry non Jews, Jewish men are considered a prize catch! Jews and Judaism are celebrated in this country. So accepted are we, that we can now marry into the American version of royalty to the virtual adoration by the American mainstream.  As was the case when Chelsea Clinton married Marc Mezvinsky in  a ceremony filled with Jewish symbolism.

Another thing all this freedom has generated for the Jewish people is unprecedented wealth.We are now more attached to material goods than our ancestors ever were. In part because there is so much more ‘material’ available to consumers now. And now more than ever we now have the means to enjoy it.

Even Jews of relatively modest means live by a much higher material standard than their ancestors did as a whole. Even if only because of modern technology. A negative offshoot of that is the above mentioned  ‘Keeping up with the Katz’s and Cohens’. Too many of us are caught up in trying to keep up with our wealthier neighbors even if we can’t afford it. Whereas out grandparents and great grandparents in Europe were happy to just put food on the table and a roof over their heads – today we are bombarded with all manner advertisements for material goods that wealthier Jews can easily afford but most of Orthodox Jewry can’t. Too many of us still try – which for them ends up living in constant credit card debt.

The phenomenon of ‘Keeping up with the Katz’s and Cohens’is manna from heaven to companies competing for Orthodox dollars. In some cases enticing Orthodox Jews into spending money on luxury items they can’t afford. It has created a climate of unprecedented consumerism among even the most religious Jews. And now we have a new phenomenon called ‘Modesty Blogging’ where ‘some Orthodox women have recently taken to the seemingly “kosher” outlet of fashion blogging’. But they are far from actually being modest. Not to mention the ‘immodest’ cost of some of the consumer goods these blogs comment on. Here are some excerpts from Alex’s column:

(The WSJ) argues that “although the [Orthodox] bloggers ostensibly try to advance principles of modesty, it isn’t always clear whether their material is consistent with the spirit of Jewish law,” and that “the entire emphasis seems to be on the exterior without considering what else modesty means.” It continues:  From a traditional Jewish perspective, the notion of modesty extends to both sexes, and far beyond the technicalities of skin exposure. Micah the prophet established the principle that G-d requires of mankind to hatznea lechet, or walk humbly before the L-rd. Moses is lauded in biblical texts as the humblest man on earth.  Rabbi Goldberg explains that there is a difference between being attracting and attractive, and that it is problematic to follow the letter of the law in clothing lengths without adhering to the spirit of the law regarding modesty in dress. Essential, Torah-true concepts that have now seen the light of day on the pages of a secular newspaper. So rather than criticizing our laws, the Wall Street Journal perhaps gives us an opportunity to ponder how we follow our laws, whether our meticulous observance is having the intended spiritual effects.

The WSJ concludes with the following:

Halakha, Hebrew for Jewish law, directly translates as “walking.” The name serves as a reminder that Judaism isn’t merely a legal code but an all-encompassing lifestyle. While Judaism doesn’t mandate austerity or self-abnegation, its focus — at least according to the rabbis — ultimately is on the depth of the soul. If Halakha is to be met, modesty blogging might require more soul-searching and fewer brand names.

Should it take a secular newspaper to give us Musser about what Modesty really means? I really think we need a little self-examination about what motivates our consumerism these days. The prophet Micah tells us (6:8): Hatznei Leches – Walk modestly with God. This applies to everyone. Rich and poor alike. Where to draw the line and who should draw it where – is the question. A little introspection about what our values are, and what they should be might very well be in order for us all.

That said, there is another side to this issue. One that argues against the corrupt interpretation of Hatznei Leches is that is found in the very magazine that Alex now writes for. And others like it.

It is in their refusal to publish pictures of women. I’m sure they would disagree with me and say the opposite. That it is not corrupt. And that their policy is just a stricter interpretation of that principle with respect to seeing pictures of women.

All of the columnists in Mishpacha have their picture published at the top of their column . Except for Alex. No picture of her to be found anywhere.

Now one might say that knowing what Alex looks like is not important. That might be true. But then why is it important to know what Moshe Grylak, Jonathan Rosenblum, Eitan Kobre, Aryeh Zev Ginsberg, and every other male columnist in Mishpacha looks like? Obviously the magazine’s editors and publishers feel there is a value to publishing the picture of the columnist on the pages of their column.

The argument that they just want to be sensitive to those who claim pictures of women are immodest might be true. But claiming that there is any real Halachic issue with that is at best a stretch and more likely a gross misrepresentation of Hatznei Leches.  Implying that this is how more religious Jews observe Tzne Haleches – is belied by many published pictures of some of the most Charedi women in all of Orthodoxy. Which can be found on a website called, Frum Women Have Faces.

I will end with one of the more pertinent quotes on the subject there by Rabbi Yitzchak Breitowitz,, senior lecturer at Ohr Somayach in Jerusalem who said it better than I ever could:

“In the vidui of Rabbeinu Nissim, the penitent begs forgiveness for a variety of transgressions, among them is, “What You declared pure I deemed unclean… what You have declared permitted I deemed forbidden.” Erasing women from photographs or blurring their faces even if  they are modestly dressed has not been  the practice in klal yisrael, and to take on a stringency over and beyond anything required by gedolai yisrael is not only arrogant and pretentious but profoundly offensive and demeaning  to women as a whole. A chumra  beyond normative halacha ceases to be legitimate at the point that it violates basic kavod habriyot. Moreover, the very highlighting of women as the “other ” who must be eliminated is in itself counter to the norms of tzniyut and can itself trigger the evils it was supposedly designed to alleviate.” 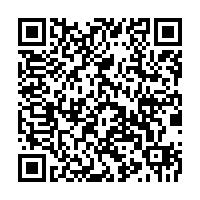