I  wish I didn’t have to write yet another negative post about the Charedi world. But what choice do I have when I encounter a story like this in the media?


It is a story which seems to be becoming the norm in Meah Shearim. Once again a religious soldier was attacked by Charedi extremists as he was passing through their neighborhood. It was a vicious attack by a group of people that had all the markings of a lynch mob:

Following an in-home visit with one of his soldiers, the platoon commander was surrounded by a group of dozens of ultra-Orthodox individuals who began threatening him and pelting him and his car with eggs, stones, bags of water and soiled diapers. His car sustained significant damage… The officer also said that several female residents threatened to kill him if he did not leave immediately… The commander’s mother, a resident of the Jewish settlement of Kiryat Arba near Hebron, claimed her son barely made it out of the neighborhood alive: “[He told me] they had murder in their eyes, just like the terrorists of the [Gazan city] Khan Younis in the last war. Nobody in the crowd tried to protect him… He escaped by the skin of his teeth.” (Arutz 7)

No matter how many times an incident like this happens, it still shocks me. That the people who did this are extremist hooligans that do not represesnt the Charedi world is a given. No responsible human being, no matter what his Hashkafa would condone it. They would probably condemn it in no uncertain terms. Indeed the outrage expressed by Arey Deri, the Charedi  Sephardi Head of Shas party did exactly that. And he demanded these people be brought to justice. I think he speaks for all people of conscience with any sense of justice.

And yet it is incorrect to say that these hooligans stand completely apart from the rest of their community… even as they certainly would not do anything remotely like that themselves.  It is pretty clear from this story (and many others just like it) that there were people there who just stood by and let it happen. No one there lifted a finger as a religious Jew wearing a military uniform was practically lynched.

What kind of person stands idly by doing nothing while a fellow human beings is attacked? Why instead were there angry threats by some Meah Shearim women that said they would kill this man if he didn’t leave? Why was there not a word of protest by those who witnessed this event?

The Charedi world in Israel cannot just dismiss this and say, “It isn’t us.” “These are criminal elements no different than any other criminal element in society at large.” “They ought to be treated as such.” While that is true.  There is a certain degree of responsibility they have that they have yet to acknowledge.

Let’s be clear. These things do not happen in a vacuum.  These hooligans didn’t just see an innocent man passing through and then for fun beat him up for no reason at all. This happened in a context of hatred. A hatred of a government that the very same people that condemn things like this have been contributing to. People known to call the government (and by implication anything associated with it – like the police or the army) Amalek. or Nazis. The people that attacked this innocent religious solider have been taught all of their lives how evil and illegitimate the government is. That these few individuals turned out to be little better than gang members in the inner coty of New York or Chicago does not explain why they choose these particular targets. 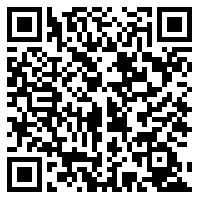