Witnessing the fall from grace of Joe Paterno, the once iconic football coach of Penn State has been breathtaking. Not because I was any kind of college football fan. I’m not. But because he had a decades-long  status as a model for mentoring students as both football coach and life coach.  So iconic was he that he had a statue placed on the school campus to symbolize what Penn State was all about.


That statue has now been removed – right along with his reputation. The literally thousands of students who saw him as some kind if surrogate father figure that taught them valuable lessons about life are probably all dumbfounded. Except of course for those students of his that were sexually abused by his top coaching assistant, Jerry Sandusky, Who was convicted on multiple counts of sex abuse and faces spending the rest of his life in prison.

Paterno was not a sex offender himself. I would go so far as to say that his reputation for mentoring his students was well deserved in almost every respect if not for his part in the cover-up of the abuse. But that cover-up has destroyed any claim he might have had to being a moral authority. And it should remove any respect from him. How sad that a life time of good works can so easily be destroyed by some seriously bad judgement. Nonetheless his reputation deserves to be destroyed.

Which brings me to the parallel world of Jewish education. We too have our Joe Paternos. Only they are not football coaches. They are rabbis who have been just as guilty in cover-ups as Paterno was. In at least one case, a Rosh Yeshiva tolerated sex abuse by one of his Rebbeim for many years and did nothing about it. He knew it was going on and yet allowed that teacher to continue teaching and continue abusing his students. He is still around – as is his Yeshiva. His moral authority seems to not be questioned. I recently saw his name on a list of prominent Roshei Yeshiva promoting some event.

Is the Torah world on a lower level than Penn State? Do the non-Jewish officials at Penn State understand better the devastation caused by the cover-up of sex abuse than our own rabbinic leaders? It would seem so.

With the exception of some hard core Chasidic enclaves, most of the Orthodox world understands that the sexual abuse of a child is tantamount to mental and spiritual murder! In some cases even actual murder when a victim ends up committing suicide because of it. How in good conscience can we permit a man who allowed this spiritual murder right under his nose continue to be given honor, let alone allow his Yeshiva to remain open under his leadership?

The Penn State situation has also taught us another lesson. One which explains why the Agudah Moetzes opposed the Markey Bill. That was a bill to allow a one time extension of the statute of limitations whereby a victim of abuse can sue an institution for covering up sex abuse and allowing it to continue. Victims could sue both their abusers and the institutions that employed them.

Penn State was hit with a whopping  60 million dollar fine (among other sanctions) by the NCAA! If the Jewish educational system was hit with these kinds of numbers in lawsuits by victims, it would destroy them.

So they are afraid…Very afraid! And are therefore vehemently opposed to the possibility of this kind of financial assault! Understandably so – especially considering the tuition crisis. If Yeshivos are running deficits in spite of record high tuitions, parents being squeezed for every dime and maximum fundraising – a financial blow like this could be beyond devastating to the entire Jewish community.

But that does not take away from the injustice to victims resulting from such opposition. Let me quickly add that there are States where a Markey type extension to the statute of limitations has not destroyed Jewish education at all. So fears about the destruction of Jewish education by passing that bill in New York may be a bit overblown. But understandable nonetheless.

The Place and People for the Bible 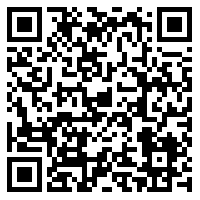