Have Charedim in Israel won? I’m sure they think they have. But in my view they very well may have lost more than they gained. At least as far as their future is concerned. On the other hand maybe things have already changed for the better now that some Charedim have had a taste of what life could be like for them if they had better jobs.


Apparently an agreement has been reached between Likud and the Untied Torah Judaism(UTJ) making them part of the ruling coalition government in Israel. From the Jerusalem Post:

Under the coalition deal between Likud and United Torah Judaism, many of the cuts made during the last government to budgets which benefited the haredi community specifically or to a greater extent than the general populace will be rolled back and reforms to religious services could be repealed as well. In addition, the criminal sanctions clause of the law for haredi conscription, a central reform of the last government, will be repealed and replaced by non-binding quotas to be determined by the Defense Minister… As revealed by Raviv Drucker in The Marker on Tuesday, UTJ has also demanded a veto on all legislation pertaining to matters of religion and state, a return to the level of funding for yeshiva students enjoyed before the last government halved the budget for stipends for yeshiva students, income support payments for yeshiva students as well, among other items.

It seems like all the innovations designed to bring Charedim into the mainstream and improve their financial lot have been reversed.  Army service is no longer mandatory. Quotas (which have not even been established yet) will no longer be binding. And sanctions for Charedim dodging the draft will no longer be the same as they are for everyone else. Instead of going to jail, there will apparently be some sort of fine.

The extreme financial hardships that were created by reduction in funding to that community will be restored.

Life is good… one might say if he is a Charedi living in Israel.

But I would dispute that as any kind of real assessment of their material welfare. Because what all this means is that the status quo ante of poverty will continue. Which will put pressures on family peace (Shalom Bayis). Nor will it solve the resentment by secular Israelis towards Charedim they see as shirking their duty to serve their country. All while their own children are required to do so – sometimes in life threatening ways.

All is not lost though. It is encouraging that there are reports of increased Charedi enrollment in army programs designed for Charedim.  Although there has been some dispute about how real that is.

And it is encouraging that many educational programs have been developed that give Charedim the tools to get better jobs. Such as Adina Bar Shalom’s Charedi College and  schools like Machon Lev and and Kiryat Ono which offer programs specifically designed for Charedim.

It is also encouraging that at some level there is an increased level of appreciation for this in Charedi circles. There is a very funny video (produced by Machon Lev, if I recall correctly) that demonstrates the increasing value Charedim with an education have in the world of Shiduchim.

A lot of this was happening before the last Kenesset. And many moderate Charedim applaud it while condemning government efforts to force the issue. Saying that it was creating a backlash and was therefore counter productive.

It’s true that Charedim were upset by the moves of the last Keneset perceived to be against them.  But in reality they were all designed to steer Charedim from welfare to work and place them on a more financially solid path. And contrary to the belief of many Charedim it was not at the expense of their values.  Despite the resistance by Charedi leaders and their politicians it would have accelerated their entry into the mainstream economy and benefitted their Shalom Bayis.  . 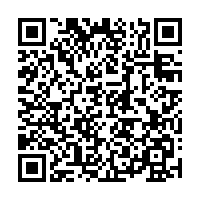