Most of us do not think that much about the spoken word – it is a means of communication that we use when needed.

At the end of Parshat Emor, however, we see something different. We read that someone who misuses his speech by cursing God forfeits his life. In addition, the Talmud tells us that when witnesses are brought to testify, only the first witness can repeat what he heard and all the others simply say that I also heard this. Moreover, not only those who hear the actual curse but even those who hear the witness quoting the curse must still tear their clothes in grief. Later, in Parshat Bechukotei, we see that even mundane talk should not be treated lightly. One who makes a vow cannot simply say “stam” (I didn’t mean it), as is popular among Israeli children after almost everything they say. Not fulfilling a vow is a sin which requires atonement in the same way as not keeping kosher or breaking the Shabbat. Apparently spoken words are serious business.

What makes speech so weighty? We should remember that talking is not only made up of words. We inflect our words in different ways, raising our voices or lowering them. We add physical expressions for emphasis, moving our hands and making facial gestures, making speech into a powerful multi-sensual experience that gives tremendous variety to the content of any given word. Speech is also an interpersonal experience – the person listening responds with his own expression and gestures. And it is an experience with a context. (It is for this reason that we do not propose in a junkyard or hold business meetings in parks.)

As we know, there is no physical object as sacred as a human being and, perhaps for that reason, a corpse has the highest level of ritual defilement. Since our speech is so intimately connected to us, it is apparently also characterized by our singular human sanctity and our unique potential defilement.

In an era of ubiquitous texting, social media, and email, we can become easily mislead by the ease of communication into thinking that our words are ephemeral and essentially harmless. The Torah’s value system stands in marked contrast to that view, reminding us that the words we choose have serious consequences. And Parshat Emor, recorded centuries ago, is remarkably in synch with modern social scientists and business consultants who tell that of all forms of communication, face to face conversation is by far the richest and most meaningful to participants. We might add that the spoken word is also the medium where there is the greatest potential for holiness or, chas V’shalom, the greatest danger of defilement.

So choose your words well. 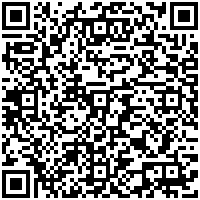