Special intelligence Unit 9900 is dedicated to everything related to geography, including mapping, interpretation of aerial and satellite photographs and space research. Within this unit there is a small unit of highly qualified soldiers, who have remarkable visual and analytic capabilities. They can detect even the smallest details, undetectable to most people.

The uniqueness of this elite group of intelligence soldiers in Unit 9900 lies in the fact that they are all diagnosed on the autism spectrum. We interviewed Col. J, the commander of Unit 9900, in order to learn more about this inspiring group of soldiers.


This a soccer field in Gaza. In depicts a before and after image of a hidden weapons Cache.

“After many doubts and expectations the project came to light after almost a year of processing. There were many problems along the way. The actual process took about a year and I want to say that we started with the assumption that this could, should and would succeed,” says Colonel J, confessing that the success of this project exceeded the optimistic expectations of its initiators. “The concerns were understandable, because I knew nothing about autism. The result was a task of trial and error. Everything we did was happening for the first time in the history of the IDF. We planned, worked and focused until we achieved success.”

How does this group fit in with the other soldiers?

“They have excellent relations with the soldiers of the unit – from time to time, out of the building where they work I see them sitting with others in the unit, having lunch or just having a cup of coffee. No one forces them to do so. It is very natural, and I think that says it all.”

What type of work do they do?

“Their job is to take visual materials from satellite images and sensors that are in the air. With the help of their officers and decoding tools, they analyze the images and find specific things they need in order to allow those who are planning a mission to get the best data of the area.”

How it all began–The RR Plan

Mr. V and Ms. S, veterans of the IDF and the Intelligence organizations, introduced an idea – to utilize the special strengths of people on the autistic spectrum for the needs of the IDF and Israeli intelligence.

They contacted Unit 9900, who showed great interest in the idea and decided  to be a partner for the first trial – interpretation of aerial and satellite photographs.

They then Contacted the Ono Academic College – a private academic institution and registered NGO, which also has a school for health professions. Ono Academic College has a vision of “Changing the face of Israeli society,” and therefore its management decided to join the initiative, and together they set up the RR Program – (Roim Rachok – which in Hebrew means looking far beyond the horizons).

The aim of the RR Plan is to teach people on the autistic spectrum  professions that utilize their special abilities, thus creating a Win-Win effect. The courses take place in the Ono Academic College. After the students finish the 3 month course, they join the army, where the RR program is still involved in guidance and assistance of the soldiers and their commanders.

Today, when everyone can see the success of the first trial course graduates, the RR plan is developing two more courses that utilize other strengths of the autistic spectrum.  One course is for software quality assurance (QA) and the other is for information management. Both courses are developed in cooperation with Intelligence Units of the IDF, which will eventually be the home units for the course graduates.

Unit 9900’s special contribution
It is important to remember that people on the autism spectrum have strengths in music, mathematics, as well as the visual field. These autistic soldiers of Unit 9900 play a major role in intelligence gathering–a role not easily filled due to the difficulty of this task. The IDF believes in the ability of these autistic soldiers and will continue to work for their advancement in military and civilian life.

New Study Shows Mid-East Neanderthals Were Not Only Cave Dwellers 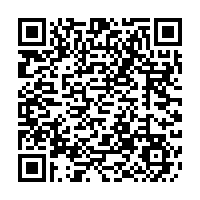