Last night I discovered that I had been banned from posting on Facebook. The reason? A post I wrote, on my own timeline, in response to this video.


I had questions for Mr. Johnson regarding his statement towards the end of the video:

“but also, of course, respect for the suffering and injustice experienced by the Palestinians and to that extent, Balfour remains unfinished business for us.”

Unfortunately, I no longer have the exact wording of my original post because Facebook deleted it. Careful to use facts and no crude language, my post was basically as follows:

“Boris, why are you apologizing for the suffering and injustice experienced by the Palestinians? Did you cause it?

Your statement seems to imply that they have suffered due to the Balfour Declaration but that would imply that the State of Israel should not have been re-established and you could not possibly mean that.

First of all, you are old enough to know that the “Palestinian people” is a modern invention. At the time of the Balfour Declaration, what was meant by the people of Palestine, was both the Jews and the Arabs who lived here (and mostly was used in reference to Jews). Additionally, the Balfour Declaration did not create the State of Israel, it only reaffirmed the international understanding of the historic connection between Jews and Zion.

You couldn’t possibly believe that the State of Israel should not exist because that would be a genocidal wish for the Jewish people who have no other home.

The people called Palestinians suffer because their leadership abuses them, steals their money and raises the next generation to kill Jews. Is that your fault?

While you are apologizing, how about apologizing for all the relatives I should have but don’t because the British did not allow them to immigrate to British Mandate Palestine, leaving them to the mercy of the Nazis? I really would like an apology for that.”

Obviously, someone reported my post and Facebook deemed it to be in violation of their “community standards”.

Facebook recently released a new mission statement stating that their goal is: “To give people the power to build community and bring the world closer together.”

Now the questions must be turned to Facebook: What kind of community are you helping people to build? What exactly is your standard for this new global community?

Organizations and people dedicated to promoting hatred against these protected groups are not allowed a presence on Facebook.”

“We permit open and critical discussion of people who are featured in the news or have a large public audience based on their profession or chosen activities. We remove credible threats to public figures, as well as hate speech directed at them – just as we do for private individuals.”

I am hard pressed to recognize what inappropriate category my post fell under but aside from that, there is the question of all the posts I have reported, that Facebook deemed appropriate.

This is one example:

Note the name of the group, the topic of this post and the lovely comment underneath. The message I got from Facebook in response to my report of this was:

I don’t know what could be more vile hate speech than stating that the Holocaust is the greatest, most enduring lie in history, needed to complete the centuries old struggle for world domination by the Chosen People.

Just to be clear, this is one example out of many pages and posts that I have reported. Friends of mine have had the same experience and worse. This is the first time I have been banned by Facebook while many of my friends are constantly in and out of Facebook “jail” for factual posts that raise legitimate questions.

There is a clear trend in Facebook community standards. Over and over posts that direct hate and incite violence against Jews, particularly Israelis are deemed acceptable whereas posts that question policies regarding “Palestinians”, Islam or present historical facts regarding Israel are deemed in violation of said standards.

And it’s not just a matter of Facebook’s response to individuals. The Israeli government also struggles with this issue. In investigations following suicide attacks on Israelis it is found, more often than not, that the terrorist was influenced by anti-Jewish, anti-Israel propaganda spread on Facebook. Official requests have been made to Facebook to remove inciting posts in order to protect Israeli lives, but Facebook responds at its leisure. Sometimes, after a while, posts are removed. Sometimes not. Why hurry? It’s just Israeli lives at stake…

In an interview Mark Zuckerberg gave CNN Tech regarding his company’s new mission statement he said: “But now we realize that we need to do more too. It’s important to give people a voice, to get a diversity of opinions out there, but on top of that, you also need to do this work of building common ground so that way we can all move forward together.”

Today Facebook is probably the most powerful way to connect and build communities that exists. The problem is that while Zuckerberg talks about “giving people a voice,” the voice of people who defend the right of Jews to live and be free in our own land are being silenced.

Is this being done on purpose? I have no way to know but the trend is unmistakable.

There is no diversity of opinion in a community that deems the right for Jews to live in safety something negligible. Facebook is creating a society that “agrees” – or else its members will be banned. Where is the common ground when the right to life for Jews is not automatic and obvious? Where incitement, goading terrorists to kill Jews is deemed acceptable?

If that is acceptable, Jewish life is unacceptable. It cannot be both. 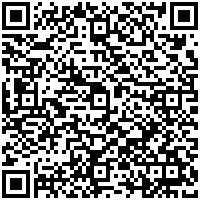