For years, I have watched as thousands have flocked to Hevron for Parashat Chaye Sara. Each year, I say I am going to join them and each year something comes up that prevents that from happening…until this year!


There is so much to share and to tell that it makes writing this difficult. Just understand that for any stories or experiences I mention, there were many times more than that, that we all experienced.

For the uninitiated, the weekly Torah portion deals with the purchase of the Me’arat HaMachpela by Avraham Avinu in the city of Hevron. It is there that our Matriarchs and Patriarchs are buried (except for Rachel). For over 20 years, Jews have flocked to the city to be there the Shabbat when this Parasha is read and to experience this together. While the numbers of attendees grows each year, this was the biggest year thus far, as they estimate 35,000+ people attended.

I stayed with a couple of others in an apartment in Kiryat Arba (next door to Hevron). Erev Shabbat, as we made our way by foot to Hevron (15-20 minute walk for us), I had a vantage point to see the THOUSANDS of people making the same trek along two or three main paths. As we walked, we passed hundreds of small pup tents set up to “house” people who came to be a part of the experience. Others had disconnected the battery of their cars and were setting up “camp” to sleep in their vehicles for Shabbat. Hundreds were to be housed in various school dormitories. Others were fortunate enough to have “normal” accommodations. And along the way, the grounds were filled with platot Shabbat (to keep food warm) hooked up to small generators or feeding off of electric lines.

As the sun was getting low in the sky, and thousands of Jews made their way to Hevron, I was struck of the wide “variety” of Jews who had come to join this Shabbat. Men, women and children; all stripes of Jews and religious levels of observance were there. Some walked and sang while others, like me, were in awe of what we were seeing. Smells of Shabbat, sights of Shabbat, sounds of Shabbat…multiplied by thousands! It truly was a magical start to the Shabbat.

We arrived at the Me’ara which was encircled with tens of thousands of people unable to actually be INSIDE for Kabbalat Shabbat/Arvit. We joined a very lively minyan of a few hundred people (which was next to another minyan of hundreds, next to…….). Stop; look around; observe! Here were so many Jews in one place with the purpose of being with our Patriarchs and Matriarchs on this Shabbat. Yes, we were here to be with Bubbie and Zedie; with Sabba and Savta. The connection and the aura of being there at that moment on that Parasha….there are no other words than magical and spiritual. I was swept away in a feeling of connectedness to Avraham, Yiztchak, Sara, Rivka, etc—all of them, that I never felt before. The singing and uplifting moments were intense, and I only wish I could have been able to video it to share with all of you!

After the Tefilla, it was, of course, time to eat the first Seudat Shabbat. Prior to Shabbat, one could register to eat meals in a large Hachnasat Orchim tent sponsored by Chabad. For only 99NIS (dirt cheap) one would be provided all three meals. In my mind, I pictured old tents, plastic, flimsy plates, etc. You get the picture. Instead, we were treated like royalty! We had regular dishes and silverware, a menu on the table that provided us with many choices for every course. The food was plentiful and tasty. Chandeliers hanging all around in a beautiful, huge tent that held nearly 2500 (!) guests. Everyone had only great things to say about the hospitality. After all, we were there in Hevron, along with Avraham, whose hachnasat orchim (hospitality) is legendary and (literally!) of biblical proportions.

Among the thousands of attendees, there were numerous VIP’s and many of them spoke or had panel discussions. That night, I attended a panel discussion with Ministers Uri Ariel, Ze’ev Elkin, Harav Eli Dahan and MK Moti Yogev. At the same time, there were many other events, lectures tours going on, but you can only be in one place at a time!

After a brief walk back to Kiryat Arba (and a little sleep), it was time to begin Shabbat day. In Mearat HaMachpela, the largest hall there is Ulam Yitzchak. It is the hall under which Yitzchak and Rivka are buried. Sadly, it is only open ten days a year to Jews (that is for a different post J ). I joined thousands of others in that massive hall for Shacharit/Mussaf. While it was stifling in the room, it was a magnificent tefilla along with top chanzanim.

After Tefilla, we were treated to the now-famous hospitality of the residents of Hevron with Kiddush in the street! Kugel, cake, juice, etc were in abundance. It was so nice to have that available to us and literally in the streets of Hevron.

After Kiddush, and before we at lunch, many people took the time to sit on various grassy areas, benches, etc for a bit of rest in the glorious weather we had.

Our second Shabbat meal was just as good as the first, and I thought I might go back and sleep a while. If I had done that, I would have missed out on more magic! Rav Shmuel Eliyahu and Rav Eli Dahan regaled an audience of a couple hundred with amazingly inspirational stories of Rav Morechai Eliyahu zt”l, Rav Shmuel’s father and former chief rabbi of Israel. While attending a talk after lunch on Shabbat is usually a recipe for more sleep, there was not one person dozing, as we were enraptured by the tales.

The latter part of Shabbat was spent in Kiryat Arba and soon after Arvit, we left and headed back home.

As we drove back to Maale Adumim, my mind wandered back through the past 25 hours as to all I experienced and saw. Seeing hippy-looking Jews davening along-side Hassidim or watching people of all ages with smiles and truly enjoying this uplifting experience was just beautiful to see.

At one point, I noticed a bus pull up. I thought to myself that that was kind of strange, but hey, what do I know!? In the end, it turned out to be a bus of soldiers coming to relieve one of the other groups who had been there for many hours. The police and soldiers were EVERYWHERE and probably made Hevron and Kiryat Arba one of the safest places to be in Israel this Shabbat! While they stood on guard with a keen sense of urgency, it was so sweet to see some with gun in one hand and lollipop or krembo in the other provided by the children of Hevron!

What can I say? There is so much more to write of the wonderful and uplifting experience, but I will let these words speak for themselves. I want to publicly thank Chabad, the Hebron Fund, the members of the Hevron community, the thousands of volunteers and each person who attended to make this a most magnificent Shabbat.

November 3, 2018 is the next opportunity to participate in this event. Pencil it in and I’ll be looking for you!

(Below an aerial view of Friday night outside the Meara) 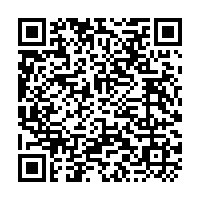