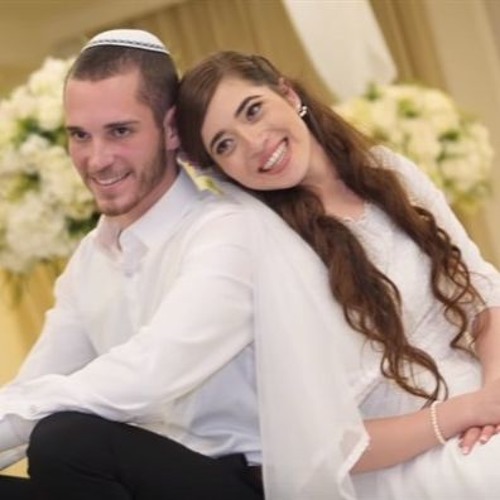 Shira and Amichai Ish-ran are a beautiful young couple. Twenty-one years old, they got married this year. Looking at them, most people would see radiant youth, loving eyes and warm smiles.

How many would realize that these are people made from steel?

On the last day of Chanukah, Amichai and Shira, 7 months pregnant were standing at a bus stop outside Ofra. Terrorists drove by and shot at them and the other people who were with them, including teenage girls.

Amichai was shot three times but his wounds are to his legs and not life-threatening. Shira was shot in the abdomen and was brought to the hospital in critical condition. She lost so much blood that it was necessary to deliver the baby by emergency C-section.

Initially, the reports were that the baby was in stable condition but then there were reports that he was unstable, that there had not been enough oxygen in his blood and his life was in danger. Last night he died.

A Jewish baby boy gets his name at his brit, the circumcision ceremony which takes place eight days after birth. This is a deeply tribal ceremony where the new member is introduced to the community, his name is pronounced, everyone comes to see the baby and many hold him – their first meeting with this new member of the tribe.

Everyone who had prayed for the life of this baby prayed for a child with no name: “Baby son of Shira Yael.” He did not live eight days, he didn’t even live four days and yet rabbis advised the family that before he was buried, he should be given a name.

A brit is supposed to be a time of joy for the new life, the new addition to the tribe. I have never heard of a brit for a dead baby before. The horror of this joyous moment turned to grief is unfathomable.

I am not familiar with the intricacies of burial halacha, but I do know that the Jewish guidelines always have an intrinsic logic to them. To me, it makes perfect sense that this tiny soul, whose life was stolen because he was the son of a Jewish mother, be given the dignity of personhood.

And because his was a life of symbolism, his parents gave him a name that means everything: Ami-ad Israel–My Nation forever, Israel.

Shira and Amichai were too severely injured to attend the funeral of their first-born son, Ami-ad Israel.

“Amichai and Shira, our hearts are broken by the pain and loss, but your newly born son, our grandson, may God avenge his blood, Ami-ad Israel, has done an enormous amount, even though he did not even live for four days. He united the Nation of Israel in prayer, hugs, study and love. He brought many of us to study Torah, to pray, to be kind and show love. He fulfilled the commandment to honor his father and his mother through his determination he delayed the return of his soul to God until his wounded parents could meet him, hug him, kiss him and say goodbye. And finally, here and now, he is fulfilling the commandment to live in the land of Israel, here in the united city of Jerusalem, our eternal capital. This baby declares, Ami-ad Israel declares, sons of terrorists, you should know that our family is strengthened by our faith in God. And we believe that God has given us this experience, and we accept it, with pain and with love. From this, our beloved couple Shira and Amichai will continue their blessed path in determination and dedication to all the people of our holy nation. Ami-ad Israel, the son of Shira Yale and Amichai Yishai, go in peace and rest in peace. We love you a lot and thank you for the gift of these three days. May your memory be a blessing.”

Many forget that Hanukah commemorates a historical event with real people. Without God they would not have won Jewish freedom from the Greek occupiers. Without war they would not have been granted the miracle of victory. It takes the combination of body and soul, physicality and

Ami-ad Israel is our reminder that the Maccabees lived in those times and in this time. Shira and Amichai are Maccabees, full of love and made from steel.

We come from a nation of warriors.

As Amichai’s father, Rabbi Raphael Ish-ran said at his grandson’s funeral: “Make no mistake. We are crying but we are not broken. We will never be moved from here. Ami-ad Israel.” 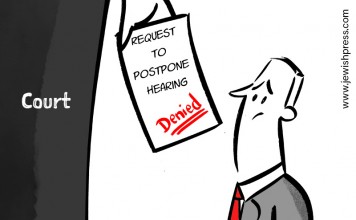 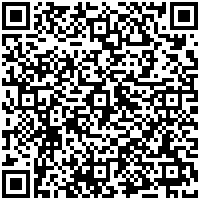