{Originally posted to the author’s website Inspiration from Zion}

The Hasby Awards, under the auspices of famous blogger Elder of Ziyon, honor and recognize some of Israel’s greatest activists who work tirelessly to defend Israel. Israel has IDF warriors and secret service, security forces taking care of the physical battle. The warriors of the mind are those who have stepped forward to take on the battle of thoughts and emotions which has, in many ways, become more significant than the physical fight.

No member of this group had to take on the task of Israel defense. Sometimes the battle is so difficult, I’m sure many would, at times, like to quit, but we cannot. It is a compulsion.

It is necessary to defend the Land of Israel in order to preserve the Nation of Israel and if we do not do it, who will?

The propaganda machines geared to delegitimizing and ultimately destroying the only Jewish State on earth are enormous. The army of eager Israel haters seems like the number of stars in heaven or the grains of sand on the beach. The ‘useful idiots’ happily going along for the hate-ride, enhanced by the apathetic masses who enable the hatred to grow by not doing anything to stop it, combine to create a formidable force.

On the other hand, stand a small number of people, fighting a ferocious battle. Individuals, driven only by their willpower, talents and … truth.

Will it be enough?

All logic, all reason says – no. Statistics say no. The few against the many, no resources against plentiful, seemingly never-ending resources? It’s impossible.

But this is Israel. WE are Israel and, in this land, in our story, ‘impossible’ is to be read as ‘I’m possible’.

It’s what we do best. And we have thousands of years of proof to back that up.

In one room were gathered people who, each in his or her own way, reflects the light that is Israel. There were those that make the haters quake in their boots, like the grotesque guru himself, Hen Mazzig and the [Unofficial] Mossad Chief.

There were people like Richard Landes, the historian who coined the term “Pallywood,” who bring with them the weight of research and academia. There were writers like Varda Epstein, Arnold Roth and Brian of London who combine facts and a love of this land and people to illuminate the dark corners where hatred lurks with the light of truth. There were those of the younger generation, like Rachel Lester, already making strides in presenting Israel as she really is. (No disrespect meant to the other talented people I have not mentioned!).

I was proud to take part in this special evening as an Elder of Ziyon columnist, the voice of Inspiration from Zion and a representative of the Israel Forever Foundation alongside two up-and-coming fresh talents: artist Lilia Gaufberg and writer Carmel Kaufman. Both made Aliyah and are each doing their part to bring the beauty that is Israel to the world.

The Hasby Awards are awards like any other, for a group of people that are unlike any other. It is not the awards so much that matter, it is the people.

This meeting of the minds, seeing the people behind the talents is a breath of fresh air that enables us to draw strength from each other, go out and continue the battle. 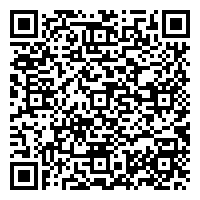