Israel’s system of Basic Laws is kind of weird. There is a saying in Israel that the things that are temporary are the ones that are most permanent and that is how we ended up with Basic Laws rather than a constitution.

The Israeli Declaration of Independence stated that a formal constitution will be formulated and adopted no later than 1 October 1948 but the war that ensued the day after the declaration was made got in the way, one thing led to another and eventually we ended up with Basic Laws – constitutional laws of the State of Israel, intended to be draft chapters of a future constitution and act as a de facto constitution until that time. Basic Laws can only be changed by a supermajority vote in the Knesset (with varying requirements for different Basic Laws and sections). Many of these laws are based on the individual liberties that were outlined in the Israeli Declaration of Independence.

The Basic Law: Human Dignity and Liberty, protecting the freedom and equal rights of Israeli enjoys super-legal status, giving the Supreme Court the authority to disqualify any law contradicting it, as well as protection from Emergency Regulations.

The new law sparked an uproar, mostly within the Jewish world. The question is, why? Is there something wrong with the law? In order to address these questions, we must first examine the content of the law. It is short and written in very clear language.

The following is the full content of the Basic Law:

1. The State of Israel

Is there anything wrong with these statements? Are they any different from what is written in Israel’s Declaration of Independence which clearly defines Israel as the Jewish State, Jewish rights to the land as those of the indigenous people and the rights of other inhabitants as being the same individual rights as any other Israeli citizen?

2. National symbols of the State of Israel

3. [The] unified and complete [city of] Jerusalem is the capital of Israel.

This a reference to and reinforcement of the Basic Law: Jerusalem, the Capital of Israel (passed in 1980) which defined the status of Jerusalem as the capital of Israel and secure its integrity and unity. It determines that Jerusalem is the seat of the President of the State, the Knesset, the Government and the Supreme Court. The law also deals with the status of the holy sites, secures the rights of people of all religions, and states that Jerusalem shall be given special priority in the activities of the authorities of the State so as to further its development in economic and other matters.

4. The Language of the State of Israel

Hebrew is the language of the Jewish State. Is there anything wrong with that?

Up until this law it was customary to make sure, particularly in official documentation and state institutions that Arabic would appear alongside Hebrew. For those who know neither language, English usually appears as well. For convenience many times there are also other languages such as Russian and Amharic. Now the law defines Arabic as having special status, particularly in regard to language in state institutions and instructs not to change (demote) what was customary before the law. This is actually an improvement in status as it makes what was customary but not mandatory, part of the law.

5. The state will be open to Jewish immigration and to the gathering of the exiled.

This is the legal version of the statement in the Declaration of Independence with almost the exact same wording: The State of Israel will be open for Jewish immigration and for the Ingathering of the Exiles. Adding this to the Basic Law is a reinforcement of Israel’s Law of Return (passed in 1950).

This clause defines the relationship of the Jewish State with the Diaspora:

The State of Israel will labor to protect anyone in trouble or in captivity due to their Jewishness or Israeli citizenship – including Jews who are not Israeli, sons of Jews (not necessarily Jewish according to Halacha) and non-Jewish citizens of Israel. This set of values and feeling of responsibility has led the decision-making process of the Jewish State from its inception to this day in regard to rescuing Jews in trouble anywhere in the world as well as paying the same regard and effort to assist all Israelis in trouble, whether they are Jewish or not.

The State will act to preserve Jewish legacy among the Jewish diaspora. This is a dramatic paradigm shift from the request in the Declaration of Independence asking diaspora Jews to assist the newly born State of Israel.

7. The state views Jewish settlement as a national value and will labor to encourage and promote its establishment and development.

This clause is the one that certain groups objected to but is it really any different from what is stated in the Declaration of Independence? Or the ideals of the Zionist movement? Or that of any newly founded nation state?

If the clause denied the right of non-Jewish settlement for Israel’s non-Jewish citizens that would certainly be problematic however that is not the case.

This is the current custom of the country, now made law.

This clause defines Israel’s Independence Day and Memorial Days as National holidays (as opposed to religious holidays). This has ramifications in regard to employer obligations to employees.

10. Saturday and the Jewish Holidays are the official days of rest in the state. Those who are not Jewish have the right to honor their days of rest and their holidays. Details concerning these matters will be determined by law.

11. This Basic Law may not be altered except by a Basic Law that gained the approval of the majority of the Knesset members.

Like other Basic Laws, this law is harder (but not impossible) to overturn or change than regular laws.

Much has been written about Israel’s Nation State Law. Examination of the concerns raised leads one to discover that the objections are not to the actual content of the law but rather questions about what does not appear in the law:

When one understands the Israeli system of Basic Laws and notes the content of the new law, this question becomes moot.

In addition, the new law reinforces the rights of minorities within the framework of the Jewish State regarding language and freedom of religion (which also effects freedom of employment).

All the points in the law are elements lifted directly from Israel’s Declaration of Independence, however, a declaration is just that – a declaration, not a law.
Although these points are understood, it is necessary to give the court system laws on which they can base their decisions. Before this new law, there was no legal basis on which the courts could rule when questions regarding symbols of the state, holidays, language etc. arose.

Israel takes the rights of her non-Jewish citizens very seriously and has done so since the establishment of the State.  It is important to examine the concerns raised and address each and every one of them – with the understanding that there are different groups making different objections. Each much be addressed separately and not lumped together as if they were the same people raising the same issues. The Israeli government is in the process of doing exactly this.

Some issues are easier than others to address:

Israel’s Nation State law is the realization of what the founding fathers of the reborn Jewish State detailed in Israel’s Declaration of Independence – the self-determination of an indigenous people returned to sovereignty in our ancestral homeland, the realization of 2000 years of yearning for Zion and a stunning example for all other indigenous peoples around the world.

And yes, there are a lot of people who don’t like that but that’s too bad. We are Zion, home to stay. 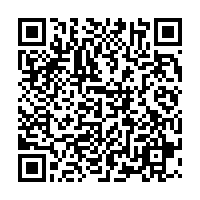