{Originally posted to the Inspiration from Zion}

My Facebook feed is full of Ori’s photo. She looks different in the different images but in each, her radiant smile is the same.

Ori, “my light” in Hebrew, was obviously a fitting name for this sunny girl. The more we hear about Ori from friends, family and the people she volunteered with helping underprivileged youth, we learn about the light that was stolen from us – Ori was a role model, an inspiration, a light that pointed the way for many to a better and happier world.

Israel and the Jewish community around the world have paused in horror at the discovery of Ori’s brutal murder on February 7th.

The rest of the world, not so much.

Who cares about a dead Jewish girl? Women are raped and murdered all over the world. It’s nothing unusual. Sad, but not newsworthy. Certainly not on an international level.

From a distance, it is probably difficult to understand why this case is different.

It is not just that our nation is so small and every life is precious.

It is not just that Ori was lovely and innocent. It is not just the stark contrast between her sunniness and the viciousness with which her life was ripped from her, the darkness rising up to stomp out the light because it knows that even a small light can banish great darkness.

It is not just that cases of rape that ends in murder are rare in Israel. In Israel, women, in general, don’t have to fear the random stranger but we too have our share of crime, even violent crime. Rape tends to be date rape or cases of pedophilia (neither of which could be considered common but even a single case is too many). Murder of women has become an issue of concern in the country. At the same time, those are not random murders. They tend to be “honor killings” (which occur among the Arab population) or cases of deranged spurned husbands or boyfriends who in helpless rage somehow decide that murder (usually followed by their own suicide) is the only way out. No rape is acceptable. No murder is acceptable. At the same time, it is important to understand that this murder is different.

Arafat is a name with a legacy. Ori’s murderer is named after the terrorist-extraordinaire, visionary and possibly the greatest marketer of all time, who solidified the imaginary Palestinian “brand” into the mind of people worldwide as a nation with rights to the land of Israel. To the Western world, he said that the “Palestinian people” would exist side by side with Israel. To the Arab world, he explained that they would exist instead of Israel but needed to proceed in a step by step method. Arafat Irfayia, 29, a resident of Hebron didn’t wake up in the morning that day deciding he wanted to rape a girl. He didn’t believe he could destroy Israel or “Free Palestine” either. He chose a knife before he left his home and went for a walk in the Jerusalem woods, to see which unfortunate Jewish soul would come his way. He knew he could stomp out one Jewish life.

Ori’s murderer smirking during his arraignment

Animals kill for food or self-defense. This man saw light walking freely in the land where she belonged and he wanted to erase her existence. In his culture rape steals a woman’s value. The brutality of the murder is testament to a desire to exterminate, not simply end a life.

THIS is the hate directed at the Nation of Israel.

The darkness hates the light because even the smallest light can banish the darkness. The darkness attempts to smother the light but does not truly understand just how powerful the light is.

Ori’s friends are putting her poetry of hope to music so that it will spread and inspire more people.

Ori loved Israel and nature. Her murder was designed to make us afraid to walk free in our land as she did. That’s why her friends and many others are responding by walking the land MORE, not less. Particularly on the hills of Jerusalem.

For 2000 years we dreamt of return to our land, to be a free nation in our land. No Arafat will succeed in taking that away from us.

Jewish sovereignty and freedom are more than the legal and self-sufficient Nation State. They are dependent on the determination of the Jewish spirit. We are small in number but ours is a light that will not go out – and when the darkness threatens to overwhelm us, we respond by growing even brighter. 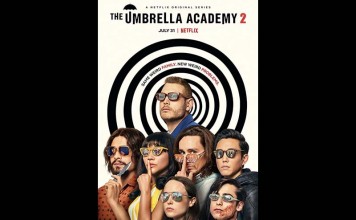 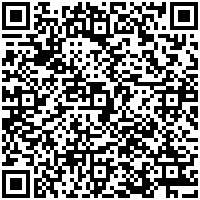