Don’t you just love it when the writer-director of the antisemitic film ‘Farha’ says that the supposedly true story is actually totally fictional?

A 14-year-old girl in 1948 Palestine watches from a locked pantry as catastrophe consumes her home.

Hiding inside a locked pantry while waiting for her father to return, she watches through a small opening in the wall as Israeli soldiers execute a Palestinian family — including two young children and a baby.

In the pair of tweets below, we are told how the Jews supposedly took a page right out of the Nazi-guide-to-genocide and applied it to the Arabs. In the first videoclip they even have Jews have parents throw their own children into an oven. They steal our history, make it even more perverse if that is even possible, and turn our history against us in a bizarre and vile fashion.

At 0.40 minutes into the trailer shown in the second videoclip, a slide comes up on the screen claiming that the story is inspired by true events.

Here is what writer-director Darin Sallam told Intercept about the story:

Sallam has said that the movie is based on the true story of a friend of her mother, who, living years later as a refugee in Syria, recalled her experience as a young girl during the Nakba. Sallam describes the film as a means of helping process a painful memory of that time.

However, when talking with a Toronto audience after a screening of her film, she said that the girl it supposedly happened to told a Syrian girl who later told her daughter, and she heard it from her own mother when she was a child. In other words, not the story of a friend of her mother at all. Then, from 30:00 minutes into the YouTube video of the talk, she said:

When I was trying to make the film I was trying to find the characters, a lot. She used to live in Yarmouk Camp in Syria. But we couldn’t, especially after the war in Syria. So we couldn’t find her. And the only thing that we really took from her story was that she was locked up in a room. So it’s not that we talk about something very private, you know. I’m sure it happened to many other girls.

So when I couldn’t find the girl, I decided that this is a good thing. She’s of course an old woman now. I tell you that that’s a good thing because I needed some distance and have the space to create some fiction.

Interesting way to put not being able to hear the story first-hand. I wonder if anyone in the audience noticed that her supposed true story is totally fictional.

She went on to say that at one screening, a man told her that this story was similar to what happened to his grandmother. I have no doubt that there were families that hid their daughters (and perhaps wives and mothers as well) in locked rooms in order to protect their honour. After all, they knew what Arab enemy soldiers would have done to their women and they probably expected Jewish soldiers to act the same way.

Netflix has no problem uploading movies that lie about Israel. A year ago, they had a series of films grouped together under the name ‘Palestinian Stories,’ about which I wrote. I critiqued one of the movies in detail — ‘The Present.’

We should remember, however, that Netflix also streams Israeli productions, such as ‘Fauda,’ ‘Shtisel,’ ‘When Heroes Fly,’ ‘Beauty Queen of Jerusalem,’ ‘The Red Sea Diving Resort,’ and many many more.

Feature Image: Screenshot from trailer shown in Tweet in this article. 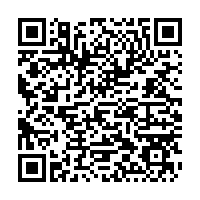