It’s been more than five years since I began writing about my oldest son’s journey into the army. At first, I wrote to calm myself and keep from sharing my greatest fears with him. I called the blog A Soldier’s Mother and watched him enter the army. I lived through a few scares and thought I’d found my balance. That was when Gaza started firing dozens of rockets at Israel and the Israel Defense Forces sent my son to our border, to war. He finished serving three years later – the same week my second son began serving in the Ground Forces. Along the way, I adopted two lone soldiers – brothers themselves, they became brothers to my children and sons to us.

The blog continues – a bit different than what it was and likely different what it will be in the future. I invite you to join me from here – or go back to the start. This is part of the first post I made…back in March, 2007:

My Son the Soldier

Well, the day has finally come – arriving with a mixture of so many emotions and unspoken fears. Elie packed his bag last night – as ready to go as he has been for some time now. Perhaps over the weekend, he was a little more playful, a little more “around” us than usual, but this morning, it was all business.

You don’t want to speak any great words of wisdom – there aren’t any left to be said. You can tell him that you love him, but really, he knows it already. This isn’t like school, where he can call if he needs me to come and pick him up. His experiences are now his own and we are left behind in real life, as much symbolized by his walking alone into the building after a few quick words and a refusal to give me a kiss (typical of a teenager boy). I sat outside with nothing to do but go back home.

There is no ceremony, no great moment, just a gentle slide into a new world. He went in his direction without hesitation; I reluctantly went in mine and I tried all day not to think of where he was. Or, more importantly, I tried not to think of where he wasn’t. From the time my children were born, almost without exception, I have known where they are. Perhaps not to an exact location, but close enough to know that they are within reach, within a short drive or call away. Now enters a time when more often than not, I won’t know where he is, what he is doing. I will have to trust that no news is good news, that he is ok.

Elie called me around 6:30 p.m. – not quite as good as him walking through the door, but still a wonderful gift. He’s fine. He’s wearing a uniform. He complained about the heat of Tel Aviv after the cool and wonderful air of Jerusalem’s hills. They gave him boots and they are more comfortable than he expected them to be. They didn’t have any undershirts, but he’s got the 3 or 4 that he packed from home. They fed him lunch and dinner and there’s a place to get snacks. He has a place to sleep, some boys he knows from school and one from a neighboring town. Tomorrow he’ll go to the base. No, they didn’t give him a gun (I didn’t expect them to). No, he doesn’t know the rest of the schedule. All normal talk – so many questions I could ask, but won’t. I’ll take it one day at a time…for the next three years. Today is over. He’s safe. He’s fine. Tomorrow is another day.


Five years later, Elie is married and living with his new wife; another son, Shmulik entered the army, finished his service, and is married as well. One of my adopted sons has married and has two children; my second adopted son is studying in university here in Israel. And finally, I have another son, only 16.5 years old and I want to believe the army is a lifetime away for him. I remain a soldier’s mother, as my sons do reserve duty and though I have learned so much, I continue to learn. 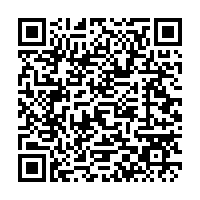