The Technion-Israel Institute of Technology has filed a NIS 25,000,000 ($6,500,000) lawsuit against the Microsoft Corp, reports the website Calcalist.


The extraordinary lawsuit opens: “For years, Microsoft has taken aggressive enforcement steps against anyone who held software belonging to Microsoft without legal permits, regardless of from whom and when it was purchased, their geographic location and whether they were rich or poor.”

The Technion is going up against the technology giant, citing illegal uses of technology which was developed by the institution’s staff.

This is a unique suit with which the Technion is marking its overall intent to receive a portion of intellectual property developed by its faculty.

The suit was submitted two and a half years after the state of Israel had filed a similar suit against the drug company Omrix and its founder Robert Taub, arguing that the development of “biological glue” is a product of research done by Prof. Uriel Martinovic, a state employee at the Tel-Hashomer medical center.

In 2008, Microsoft acquired the intellectual property of the startup YaData for approximately $150 million. The Technion now argues that all the intellectual products of the company resulted from research work done by Rann Smorodinsky, a full-time tenured professor in the School of Industrial Engineering.

“Intellectual property rights, technology and knowledge products belong to the Technion – like all fruits of the labor of faculty members,” reads the lawsuit.

The suit alleges that the restriction on the transfer of intellectual property did not escape the notice of the original company founders. In September 2006, the Technion gave a limited approval to Professor Smorodinsky to transfer the company’s intellectual property, provided that the counseling that he himself gave was limited areas of commercial business.

“If the request to expand the areas of counseling beyond the scope of commercial business, please fill inform us and the issue will be explored,” says the same permit.

In retrospect, the Technion now argues, the company violated the permit and engaged the professor in developing its products. Smorodinsky contacted the Technion in October 2007 to extend the permit, without success.

The Technion says that all one has to do to refute “the claim that there is no connection between the scope of Professor Smorodinsky’s area of specialty at the Technion – game theory (the study of strategic decision making) – and his activity at YaData and later at Microsoft, is to quote the professor himself.”

Microsoft Israel has issued a statement saying they were studying the suit and will respond shortly.

Microsoft to Double its R&D Workforce in Israel 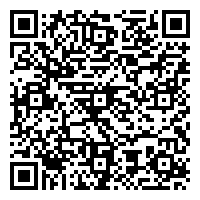