Let’s play a game of association.

What is the first thing that comes to mind when I say JERUSALEM?

If your answer was “Holy City”, then you are either Jewish or you believe in the Jewish connection to the city of Jerusalem. If you are Christian, Jerusalem is holy to you because Jesus, who was a Jew, lived there. Therefore, it is holy as the Jewish capital and the home of the two Jewish Temples that stood in Jerusalem.

If you are a Muslim, I am sure you are probably offended by the mere suggestion that Jerusalem was NEVER a Muslim holy city or an Arab capital of any kind, but since you cannot hurt me or blow me up, you’re going to have to face these historical truths and be content with writing violent reactions in the comments section below.

5 Facts To Prove Jerusalem Was NEVER A Muslim Holy City 1. The Quran While Jerusalem is mentioned in the Bible (Tanach) over 500 times, it is NEVER mentioned in the Quran, not once! Many Muslims claim this is a lie and claim the word Al Aqsa means Jerusalem. Al Aqsa literally means “The Farthest Mosque” and in no way does it mean Jerusalem.

Taken from Wikipedia    Al Aqsa’s Religious Significance in Islam The mosque is believed to be the second house of prayer constructed after the Masjid al-Haram in Mecca. Post-Rashidun-era Islamic scholars traditionally identified the mosque as the site referred to in the sura (Qur’anic chapter) al-Isra (“the Night Journey”). The specific passage reads “Praise be to Him who made His servant journey in the night from the sacred sanctuary to the remotest sanctuary.” Muslims identify the “sacred sanctuary” as the Masjid al-Haram and the “remotest sanctuary” as the al-Aqsa Mosque. Initially, Rashidun and Umayyad-era scholars were in disagreement about the location of the “remotest sanctuary” with some arguing that it was actually located near Mecca.  Eventually scholarly consensus determined that its location was indeed in Jerusalem.[57]

The Quranic passage that talks about the “night journey” of Mohammad to the “farthest mosque” took place sometime in the year 621 while the mosque in Jerusalem was not built till the year 705 CE! Which means, to whichever mosque Mohammad flew, it certainly was NOT in Jerusalem!

Let’s say for arguments sake that I were to accept Mohammad’s flight and let’s say I also accept for some reason that it was to the small sanctuary in Jerusalem, that still does not make the City of Jerusalem holy to Muslims, but rather a small mosque that didn’t actually exist at the time!

Muslims turn their back on the Temple Mount when they pray.

While Jews face ONLY Jerusalem and while we mention Jerusalem in every prayer and when we say grace after meals, the Muslims do NOT consider Jerusalem as a holy city, EVER! Here is a picture from the Temple Mount – would you stick your backside out to a place that was holy to you?

3. Jerusalem Was Never An Arab Capital

While King David made Jerusalem the capital of the Land of Israel, never in the history of the world was Jerusalem ever a capital city of an Arab country, certainly not one called Palestine which NEVER existed!

You show me a single Arab country in the history of the world who held Jerusalem as its capital, I take down the Israel Shield blog!

4. Desecration of the Temple Mount

Whether you’re Jewish, Christian or Buddhist, you treat your temples and churches with respect and violence is simply not allowed in a place of worship. Watch these Muslims actually destroy furniture and carpets from the Mosque on the Temple Mount. Their lack of respect is witness to the fact that they clearly know that there is nothing holy to them and that the only reason they are holding on to that site is because they are fully aware that it is where the Jewish Temple once stood and will soon stand again. The mosque located on the Temple Mount was originally called Bayt al-Muqaddas which literally means built on the Mikdash (the Jewish Temple in Jerusalem)

There is one more historical fact that proves Jerusalem was NOT a Muslim holy city and that is, IT WAS A JEWISH ONE!

For those of you who are planning on visiting Rome, you might want to check out Titus Arch which clearly depicts the Roman ransacking of the Temple vessels.

As Binyamin Netanyahu put it so eloquently:

“The French build in Paris, the English build in London and Israel builds in Jerusalem. Should we tell Jews not to live in Jerusalem because it stirs things up?”

Even the Israeli Shekel comes from the Temple times. On the right is what the new shekel looked like and on the left is a coin from the Jewish revolt against the Romans.

For those of you pointing a finger at Israel, you are not only strengthening lies, you are actually motivating those who burn your flags and behead those who believe in freedom.

—
Don’t forget to join me on the IsraelShield Facebook Page as well as on @israel_shield on Twitter!
One more thing, please let me know in the comments below what you thought about this post! 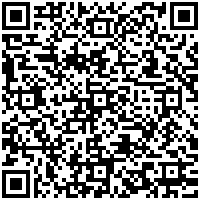