Well, I have to tell you, I am just eating this up.
The Times of Israel tells us:

Israel’s national baseball team clobbered Taiwan 15-7 Tuesday, racing off to a 2-0 start in the country’s first-ever appearance in the World Baseball Classic.

Powered by strong hitting and capped by a three-run homer by Nate Freiman in the top of the ninth inning, the Israeli team continued its fairy-tale start to the international tourney, all but clinching a spot in the next round, after beating Korea in the opener 2-1 Monday.

So, this is a baseball team comprised almost entirely of American Jews that can play under the flag of Israel because they are eligible for Israeli citizenship. The World Baseball Classic rule is that any player can play for any team so long as that individual is eligible for citizenship in that team’s country.


Well, that’s definitely OK with me and it also explains why the Netherlands are as good as they are.

Israel next faces The Netherlands, considered a weaker team than both South Korea and Taiwan, but still ranked way ahead of Israel, which is seen as a heavy underdog.

The top two teams from each group in the 16-team tournament will advance to the second round in Japan next week.

Jews as underdogs. Imagine that.

There are four “pools” (or divisions) of four, making up sixteen teams total.

As I write, Pool A (Israel, Taiwan, South Korea, and the Netherlands) is meeting at the very cool Gocheok Skydome – home of the mighty Nexen Heroes – in Seoul, from March 6 until March 10.

Pool B (Japan, Australia, China, and Cuba) is playing in the Tokyo Dome from March 7 until the 11th.

Pool C (Canada, Colombia, the Dominican Republic, and the United States) is playing in Marlins Park, Miami, from March 9 until the 14th. And the U.S. team is fielding two of my favorite players from Major League Baseball, Giants star-catcher Buster Posey and fellow Giant shortstop Brandon Crawford.

This tournament is only getting started and, thus far, Israel is kicking ass and will move on to Round 2 in the Tokyo Dome.

From an academic or political standpoint, however, there is one very important question.

Who the hell cares?

Most of the world does not care about American baseball.

Although Israel’s participation in the World Baseball Classic has raised a curious eyebrow for Aussie Dave of Israellycool fame, I wonder if my other Australian friends even know that they have fielded a team in this Great American Hot-Dog Eating and Beer-Swilling Endeavor? **

Do you think that Shirlee from Jews Down Under cares about the World Baseball Classic?

That’s why she’s not an American, dammit!

U.S. ballplayers and business interests have tried and failed to get others involved in this most glorious and beneficial of all human sports for one-hundred years, but no one is interested outside of Far East Asians and our brothers and sisters from Oaxaca to Caracas.

They even dropped baseball from the Olympics.

Sure, they love it in Japan, but even then it took Babe Ruth, arguably the greatest American to have ever lived – outside of 1930s Detroit Tigers first baseman Hank Greenberg (otherwise known as “Hankus Pankus” or “The Hebrew Hammer”) – to talk some sense into that heretofore baseball indifferent part of the world.

For example, it is possible, although unlikely, that Australia could meet Israel in round 2 in Tokyo next week. Would it be wrong for Australian Jews to root for Team Israel? Would that make them bad Australians with dual loyalty?

On the political left nationalism is bad enough, but would not this make these bourgeois Australian Jews “dual nationalists”? Uber-nationalists? Nationalists squared?

And, if so, just how do these rogue Jewish Australians reconcile their Jewish nationalism with their Australian nationalism?

Or, God Help Us, what if Israel goes up against the United States in the final game for the championship on Wednesday, March 22 at Dodger Stadium?

What am I supposed to do, huh?

And just what about this Israel as underdog business?

Most diaspora Jews – if not Israeli Jews – are raised to think of ourselves as underdogs with a moral-ethical obligation to help other underdogs, which explains the heavy involvement of American Jews in the Civil Rights Movement of the 1950s and 1960s, as well as earlier socialist and communist activities in New York City throughout the twentieth-century.

Underdog status, particularly in the contemporary zeitgeist, is both sympathized with and free of moral obligation… just ask anyone from Black Lives Matter.

In any case, Team Israel meets the Netherlands at 7 this evening by my clock.

The Netherlands are a heavy favorite… but so were Taiwan and South Korea. 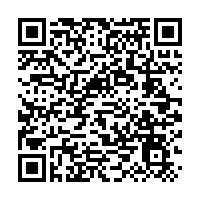