The Church of the Ascension on Mount Scopus was the scene of an arson attack this week, leaving devastation in its wake at the Jerusalem Christian house of worship. No physical injuries were reported.

Udi Gal, spokesperson for the Jerusalem District Fire and Rescue Department told reporters that regional fire and rescue authorities first received a report about a fire at the church on Wednesday morning, albeit not at the time the blaze had apparently occurred.

By the time the call was received, the fire had already burned itself out, according to the report. Evidence gathered at the scene indicated that arsonists had broken into a structure in the church compound, and hurled a burning tire into the complex.

Deputy chief of investigations Shmuel Turgeman immediately ordered investigators to head to the scene to determine the cause of the blaze. The flames caused heavy damage to the compound and a souvenir shop therein.

Fire and Rescue spokesperson Udi Gal told reporters that the conclusions of the investigation will transferred at the conclusion of the probe to the legal department of the Jerusalem district firefighters division, and to Israel Police. 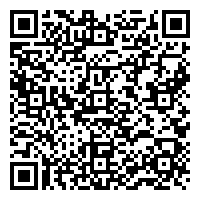