I was bored and so I Googled “Jewish jokes” and got this one. I chortled, I think you will, too.

Cohen and Levy are both in the antique business across the street from each other, and have been for years. Cohen hates Levy – he thinks he’s a gonniff and; a liar and; an ignorant bum, and says so publicly. Levy thinks the same about Cohen.

One day Levy leaves the door open to his shop and goes out for a few minutes. Cohen takes the opportunity to walk across the street and steal a magic lantern Levy has in the window. He gets it back to his shop and can’t resist rubbing it. Naturally a genie pops out of the lantern.

“Cohen”, says the genie, “because you have released me from a thousand years of confinement in the lantern, I will grant you one wish – anything you want – money, power, fame, anything. But because the lamp belongs to Levy, whatever it is you get, Levy will get twice as much.”

“You mean,” says Cohen, “if I ask for a million dollars, Levy gets two million?”

The People of the Book…
I live in a country where the main language is Hebrew. For those of us who came here later in life with English as our mother tongue, we struggle to keep ourselves “in the book” – with enough to fill our time. I can’t go to sleep at night without reading for a while. Sometimes, I wake up in the middle of the night and the fastest way to go back to sleep is to read for a while.

So – my brilliant friend came up with the brilliant idea that we swap books – for charity. We did the first one in my backyard and raised well over $1,000 in one night and all the money was immediately donated to charity. We did another a few months later and raised about twice that amount; and we did it again last night to the benefit of several local charities.
Paula R. Stern, A Soldier’s Mother

Sending Mein Kampf Back to School
Important literature can’t be kept under wraps forever. A case in point is Mein Kampf. The German state of Bavaria, which holds the German copyright, has blocked the book’s publication within Hitler’s homeland; as recently as 2010, the state went to court to prevent an unauthorized academic edition. But in 2015, 70 years after the author’s death, Bavaria’s copyright will expire. So, the state has announced plans to fund two new editions, the first in German since 1945, including critical commentary. The aim, say Bavarian authorities, is to “demystify” Mein Kampf and make other editions “commercially unattractive.”
Alex Joffe, Jewish Ideas Daily

Megillat Ruth – Halachic Gleanings
Megillat Ruth is also the source for the Talmud’s ruling that, “One may not leave the Land of Israel to go abroad unless the price of wheat has risen…but if one can still purchase wheat, although somewhat costly, one may not leave.” As Rabbi Shimon bar Yochai used to say: “Why were Elimelech, Machlon, and Chilyon, the greatest scholars and leaders of the day, punished? Because they left Eretz Yisrael even though wheat was available, albeit at a high price.” Nevertheless, the halacha is not in accordance with this view and leaving the Land of Israel is permitted in a number of situations – a discussion of which is beyond the scope of this post.
Rabbi Ari Enkin, Hirhurim

Batya, of Shiloh Musings, was saying stuff I’ve been saying since I was a school girl yea high, and read Moshe Dayan’s memoirs in which he related, unabashedly, how he opted to give the keys to Temple Mount back to the Arab Waqf, because he didn’t want a Jewish Vatican in the middle of his Israel.

The Door Was Slammed Moshiach’s Face
The more I read about how the Israeli Government planned the 1967 Six Days War, the more conflicted I feel. On one hand, I feel sick and embarrassed that the government showed such incompetence and lack of vision and faith. And on the other hand I feel more and more grateful to G-d for His willingness to save us and take over.

In Biblical times, the former slaves were punished, condemned to death in the wilderness. Only a new generation would enter the HolyLand. They only waited forty years. It’s now forty-five years, and it doesn’t seem like we’re ready to accept G-d’s gifts and welcome the Moshiach.
Batya, Shiloh Musings

I wonder if any serious research exists about the damage Dayan has inflicted on the Jewish nation since he was picked up by Ben Gurion, seemingly out of nowhere, to command the Jerusalem front in 1948. Undoubtedly, giving up the holiest sanctuary on the planet probably ranks way up there.

God bless you, Jeff Dunetz, for your service to history and to me and my readers.

And, like Batya and like myself, Jeff points the finger at the bad guy in that story.

Moshe Dayan: The Villian of Jerusalem
Dayan thought the Temple Mount should remain in Muslim possession. In his biography Dayan clearly stated that the last thing he wanted was the Beit Hamikdash (the Jewish Temple) rebuilt.

Dayan took it upon himself, he “gave” control of the Temple Mount back to the Arabs because he wanted to make sure that there wouldn’t be a third Temple.  There was nothing that Prime Minister Eshkol could do about it, after all Moshe Dayan, was a war hero.
Jeff Dunetz, The Lid

Finally, for insights into the mind of Moshe Dayan, the following might be helpful. It’ll cost you, though, the full article is offered at a steep price.

On Herbert Marcuse’s Conversation with Moshe Dayan
Herbert Marcuse visited Israel in late December 1971. Recently I found in The Israel Defense Forces and Defense Establishment Archives (IDFA) an unpublished document concerning his visit to Israel: the protocol of his meeting (December 29, 1971) with Moshe Dayan, the then Israel’s Defense Minister and the topmost Israeli politician at the time.

In my short commentary article, I seek to understand why this meeting was never publicized by Dayan or Marcuse. I also reconstruct Dayan’s and Marcuse’s ideas and statements, that came up in their conversation, while comparing them to the well-known political views and positions of each of them. Lastly, I dedicate special discussion and analysis to three relevant themes.
Zvi Tauber, Telos

Thank you, Andrew Greene, for the great pointer. Man, I don’t think our Talmud has ever looked better. Wow! I understand the complete set will include 41 volumes, and that come July, there should be a Talmud App available.

Review: The Koren/Steinsaltz English Talmud Bavli
I got a sneak peek at the new Koren/Steinsaltz English Talmud Bavli this week. Regular readers of my blog know that I admire both Rabbi Steinsaltz and Koren Publications greatly. I am very pleased to report that this project blew me away, exceeding my expectations. Although I’m sure acquiring the entire set won’t come inexpensively, I will find some way to afford to buy these as they come out. They’re that amazing.

Surrounding the main text block are translations of Rabbi Steinsaltz’s notes, with headings, as in the original, indicating what each one is. Now here’s one of the brilliant touches: in the main text block, superscript sans-serif letters look like footnote indicators, but simply refer you to which section of marginalia to examine.

One thing that has always annoyed me about Artscroll’s footnotes, for example, is that you never know whether it’s worth interrupting your reading to follow the number. Are they just going to give you a cross-reference, or are they going to explain some concept in depth? Well, with this system, your eyes can easily gloss over notes that you don’t want to follow right now, while easily navigating the page when you do.
Andrew Greene, Live Journal

The Rebbetzin’s Husband is presenting a list of vignettes and sources he’ll using for a Lunch & Learn Business Ethics series, which starts this Wednesday in Allentown, PA. Interesting read – say hi if you end up taking the class.

Business Ethics – Working with unethical people
Sarah is a certified tax accountant. Her friend Rachel, asks her for off-line advice on how to best report her earnings. Sarah advises her, but comes out of the conversation believing that Rachel is going to cheat on her forms. Is Sarah halachically obligated to pursue Rachel and convince her to obey the law?
The Rebbetzin’s Husband 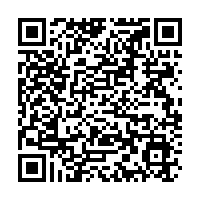