Actually, it’s really Book Month; since the “People of the Book” love books so much, stores continuing running their discount sales for weeks. For me, Book Week is starting today, when a newly published French translation of my book of short stories, Days of Mashiach,  is being featured at an all day “French Book Fair” being held at the Menachem Begin Center in Jerusalem. The collection of wry and humorous stories about Jewish life in Israel and the Diaspora is being put out by a non-Jewish publisher who compares my writing to Kafka and Voltaire. My prize-winning novel, Tevye in the Promised Land also appeared in a French translation, and it seems that I have a somewhat of an avid following in France.


Anyway, with Book Week around the corner, it’s a great time to devote the blogs we will be writing in the upcoming month to talk about some of the most important books in the world – Jewish books of course. I love books and I hope you do too. While many of these book reports will be scholarly in nature, and not regular blogs, I will try to intersperse the heavy stuff with my normal spicy felafels on rye.

This week, between our celebration of Jerusalem Day and Shavuot, in order to better understand the supreme importance of the Land of Israel to the Jewish People and Torah, we will be examining a series of poignant essays written by Rabbi Kook in his classic work, Orot. Presented here are condensed versions of the full commentaries which appear in the book, Lights on Orot – Eretz Yisrael, which I had the privilege of co-writing with the distinguished Torah scholar, Rabbi David Samson of Jerusalem.

Certainly one of the most important Torah treatises of our times, the book, Orot, explores the deepest understandings of the Nation of Israel, and Israel’s Redemption. In beginning his treatise with a series of essays on Eretz Yisrael, Rabbi Kook explains that a proper understanding of the Nation of Israel and Torah can only be obtained after one first recognizes the significance of Eretz Yisrael to the Jewish People. To understand who we are as a Nation, and to actualize our role in the world, we must first understand the special relationship between the Divinely-Chosen People and the Divinely-Chosen Land.

Rabbi Kook’s unique style is both poetic and deeply intellectual, and so you will have to bear with me as I endeavor to explain his writings with the seriousness that is due them. As I mentioned, Rabbi David Samson, one of Israel’s top educators, and a longtime student of Rabbi Tzvi Yehuda Kook, aided my understanding of Rabbi Kook’s immensely deep and incomparable writings. 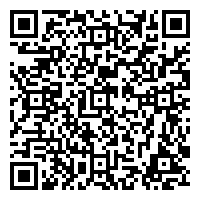