This Jewish guy gets to a small town out in the hinterland, and in his kosher traveler’s guide he finds a motel that’s run by a Jewish lady. Sunday morning the church bells are ringing and he hears the motel owner yelling out: Jimmy, the bells are ringing, time to go to church!

So the guest knocks on her office door and asks, What’s it to you if Jimmy goes to church or not?

So she wipes a tearful eye and says, Jimmy is my only child, and, God forgive me, he converted to Christianity. So I’m thinking, if I didn’t merit to have a God fearing Jewish son, at least let him be a God fearing sheigetz.

Reading Menachem Lipkin’s entry (see below) about Ami magazine and their coverage of things non-Haredi reminded me of that story. In a sense, we, Haredi, stam frum, and secular, are wishing for the other to be the best God awful misguided fool they can be.

What an awesome article by Sultan Knish! And, incidentally, you can apply everything he wrote about GW’s and Obama’s fundamental failures in Afghanistan to Israel’s failures with the Palestinians. It comes down to politicians doing stuff because it made sense at the time. It’s the stuff that spawns all human tragedy.

My recommendation to all political leaders is to follow the example of Seinfeld’s George Constanza, who knew the value of doing the opposite of what made sense to him.

The Afghanistan victory lap is as much about disguising the ‘cut and run’ phase; as it is about reminding the folks in Virginia and Iowa that the man on television parachuted in, cut the throats of all of Osama’s guards, shot him in the face and then made a topical quip. Waving around Bin Laden’s head is a good way to distract them from the fact that the United States has lost the war in Afghanistan, that Obama’s own strategy there failed badly and cost numerous American and British lives, and that we are turning the country over to the Taliban.

Afghanistan and Iraq were part of a strategy for containing and draining the fever swamps of terrorism. That strategy failed for a variety of reasons, not the least of them being that we failed to learn the lessons of Vietnam. The Obama Administration alone managed to roll out a “hearts and minds” strategy and a brief push to intimidate the other side into coming to the negotiating table for a face-saving withdrawal. It’s almost a pity that Obama wasn’t old enough to have to dodged the draft. At least that way he might have actually known something about the Vietnam War. Daniel Greenfield, Sultan Knish

I’m waiting for the day when the media offer this headline:

It’s only fair. If we’re so happy to point out that this or that individual who just robbed the public treasure is a shomer Shabbat, we should also mention that the guy who did the hit and run eats traif.

With that in mind, here’s a juicy Jewsy:

And, speaking of folks who won’t publish the picture of a woman, here’s a gripe against the Haredi Ami magazine.

Yom Ha’Atzmaut Through Charedi Eyes Ami’s CEO and Editor In Chief, Rabbi Yizchok Frankfurter, penned an editorial that was very troubling.  It represents much that is wrong with this type of publication today. Make no mistake, while Ami pretends to be an opened-minded publication, throwing out a few bones here and there to unsuspecting readers, at its core, as proven by this editorial and the fact that they won’t publish pictures of women among other things, they are solidly in the Chareidi camp. Menachem Lipkin, Emes Ve-Emunah

The difference between knowing and being…

My Children Live a Mixture of America and Israel. Today, my husband mentioned Shirley Temple and my children were oblivious to who she was. It happens quite often and is, for many people, unexpected. For the most part, their English skills are quite good. They are, most definitely, all bilingual. They understand English, read it, and speak it quite well. But where they “fall” – is with the culture and the sayings related to it. Paula R. Stern, A Soldier’s Mother

Leslie Stein (“The Making of Modern Israel: 1948-1967”) is tackling the familiar question: Can one be an anti-Zionist without being an anti-Semite? But don’t assume you know what she’s about to say. Read, man, read, she’s really good. 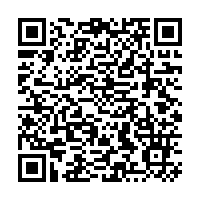