A ten year-old Tunisian boy is gaining fame across the Aram world for having refused to compete against an Israeli opponent in the World School Chess Championship.

The eighth annual competition took place in Romania, with 640 participants competing.  Rather than compete against an Israeli, Tunisian Muhammad Hamida withdrew from the competition.


Director of the Ministry of Youth and Sports in Gaza, Ahmed Machisan, called the forfeiture a “show of bravery”, according to a report in Ynet. 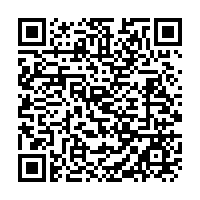