Normally, I wouldn’t care to write this. I would ignore you like I do the other members of the small, but rabid and vicious, young, self-hating, American Jewish community who pop up here and there to scream and yell and wear keffiyehs and write patronizing and ignorant articles and tweet nonsense that no one notices, but you are different. You have been thrust onto the national stage as a “director of Jewish outreach” for the Bernie Sanders campaign, and for anyone who knows what you stand for, that should read like a The Onion headline. Normally, I try and keep infighting in the Jewish community to a minimum, L-rd knows we see a lot of it. But you are a rotten apple, with the ability to ruin the whole bushel, and you must be called out. You will be known to large swaths of the American population as a “Jewish representative,” and that fact makes my stomach turn. What you are saying is not new, not innovative, nor progressive or cool. You are not a great Jew because you call other Jews “yids” or have bagel and schmears on Sundays. You are not open-minded because you went to Berkeley, a bastion of anti-Semitic hatred in the bleak and anti- Semitic UC system. You are somewhat more notable because of the extents to which you have gone to try and destroy Israel, I will give you that. You joined (and led!) blatantly anti-Israel groups, you wrote anti-Israel articles, heck! You even opposed university legislation trying to curb campus anti-Semitism! So when I say you are similar to other self-hating, liberal Americans of Jewish lineage, I don’t mean to demean your efforts- you are certainly at the forefront of this vile movement. You must be, or I don’t believe Mr. Sanders would have chosen you for your current position.


But this letter is going to focus on the Facebook message that is now making the rounds (I’ve inserted it below for whomever reads this and is unfamiliar) on the Internet- and I’ve included the uncensored version you posted first, not the sanitized version you edited once you realized that the original version might come across as, well, insane. Kudos, by the way, for not letting your political aspirations keep you from voicing your truth. Before you changed your truth to suit your political aspirations.

We can start with your beautiful summary of my several-times democratically elected Prime Minister, Benjamin Netanyahu. Aside from being a war hero, a scholar, a head of state and someone you’ve never met in your life, you use the most nasty language to discuss the leader of an ally of the United States. The biggest ally in the Middle East, incidentally. It may have missed my attention, but would you please direct me to any similar posts calling out Bashar Assad, who is implementing genocide on the Syrian people? Did you write a similar rant about Khaled Mashaal, Mahmoud Abbas, Hassan Nasrallah, Ahmedenijad, Khameini- you know, leaders who are promising the death and destruction of your fellow Jews, both in Israel and abroad? I would love to see the tweets and Facebook posts you wrote railing against the incitement of Palestinian leadership that has caused innocents to be stabbed and run over and shot with abandon here in Israel these past 5 months. Oh, you haven’t? Only Bibi is singled out and told “f— you”? Nice.

You talk of Bibi’s fear mongering. Fair play, coming from some American Jew ensconced in Berkeley or NYC (where I’m from, actually!) Tell me, would you have the gall to say that to my face as I sat in my building’s bomb shelter, praying for my life, 4 days after I moved to Israel and made it my home. Would you say Bibi is a fear-monger to the thousands of children from Sderot, Ashkelon and Ashdod who live with PTSD at age 5 because they have lived under the wail of a siren from incoming rockets their whole lives? You know, ever since Israel gave away Gaza in hopes of peace, only to watch their greenhouses turned into rocket launchpads and tunnel-building sites for Hamas? Would you like to go to Sderot and tell those people that Bibi is an ultra-nationalist, blood-lusting, fear-monger who only wants war? I dare you.

Let’s move on to him “sanctioning the murder of over 2,000 people” in a “brutal military occupation.” I’m going to go out on a limb and say you probably are not a big fan of the IDF. You probably love “Breaking the Silence” and whatever anti-Israel former soldiers who decide to put the love of leftist American Jews, before loyalty to their families and country. I am nothing like you. I love the IDF, the most moral army in the world. Aside from the fact that many past and present members are family and friends of mine, I know who and what they are and I am so proud to have them to defend me. Let me tell you who they are. They are generally 18-21 years old men and women, who have been drafted and asked to give up a chunk of their young lives to protect their family and friends. They are essentially kids who realize that to live in a Jewish homeland, one needs to make sacrifices. Some of them will die. That is a tragedy. I mourn for each life lost like I would my own family member. And I know that if there was no Arab threat to Israel, none of them would ever be killed. They exist because we are under constant threat in Israel and have been since before 1967, before 1948 and before 1929. Either you are entirely ignorant of history, or you are willfully ignoring it. This isn’t about Gaza, or 2-states, or even our one state. It’s about our existence, in Israel, in America, on this earth. Yours and mine, actually, as we are both (inexplicably) part of the same Jewish people. I’m just not naive enough to think hugs, kisses and capitulation will change reality.

About the Iran deal. How dare you gamble with my country, my people and my life because you think Obama knows better than Bibi about what’s best for Israel. Let’s say you’re right (you’re not). Why is Bibi wrong for taking Iran at their word that they want to destroy Israel. It’s a matter of public record, in video and print. They want Israel off the map, they will have the tools to do it, an infusion of US cash and they are run by radical mullahs. Why shouldn’t Bibi do everything possible to protect his country? Why should you, some know-nothing leftist, sitting safely in hipster Brooklyn think you know anything more that a certifiable genius with mounds of intelligence in front of him? Who ARE You?

I will end with how you signed off. Unfortunately, you are a leftist American Jew who cares more about literally everything than Israel and your people. It is evident from everything I’ve read about you (considered me obsessed with you, but not in a good way). You speak for a loud, arrogant, willfully ignorant group of disillusioned young Jews who are regrettably growing in ranks.

You are so dangerous to American and world Jewry, you can’t even imagine. I do hope you see the error of your ways, as you call yourself “a thinking person “although I know you won’t. I see you rising in the self- hating ranks in your future career- I’m relatively certain there’s a lot of money and prestige in selling out Israel at every turn.

But please know that as loud and vocal as you will be in your life, calling for boycotts, giving anti-Semites ammunition against American Jews and shaming our nation; I will be here on the other side, defending Israel, our people and our right to exist, just as strongly and with the might of right on my side. 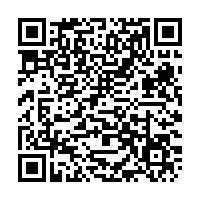