Today I learned a new Hebrew word, in conversation with Daniel from AACI – the word for to prioritize – לְתַעֲדֵף

. The word is new for me, since although I was raised in a Hebrew-speaking home, I did not grow up in Israel, and I’m still picking up words that a native would know.I’m familiar with other words of the same root – ע.ד.פ (a.d.p) – and thus of the same core concept of preference:

עֹדֶף – change (money), or that which goes beyond

A Modern-Hebrew speaker took the word להעדיף – to prefer – added a ת to the root to indicate not just preferring but setting up preferences, and plugged this new root – ת.ע.ד.פ (t.a.d.p) into the active-intensive פִּעֵל form, producing לתעדף – to prioritize. The word caught on.

Here’s a example of לתעדף in action:

Because of my familiarity with the root and the related words, when Daniel at AACI used the word לתעדף, I was able to understand its meaning without blinking.

Two morals of the story that will help you build your Hebrew vocabulary:

1. Pay close attention to Hebrew roots and try to make logical connections between them.

2. Immerse yourself as much as possible – swim through the Hebrew language (by interacting with native speakers, reading the paper, listening to music, etc), picking up whatever bits and pieces of vocabulary you can and trying to make sense of them based on your existing knowledge.

I hope Your Daily Dose of Hebrew (Ktzat Ivrit) is already helping you do so (pass it on!).

The Anti-Semite At The Helm Of The British Mandate 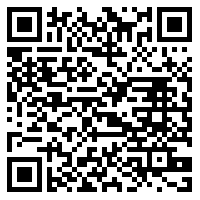