Letters to the Editor
Oakland Press

A big bomb won’t deter Iran from carrying out its expansionist foreign policy. Every country Iran has occupied or has inserted militias to carry out its polices has been ruined. 400,000 Syrians have lost their lives to Russian, Iranian Syrian and Hezbollah forces. Lebanon controlled by Iran’s militia Hezbollah is in deep economic trouble. The people of Yemen are starving and the country is ungovernable thanks to Iran’s surrogate militia the Houthi rebels. Thanks to Iranian technology, the Houthis are launching rockets at Saudi oil fields that could lead to greater hostilities.

Iran’s primary goal is to erase Israel and to carry this out has attempted to encircle Israel  Gaza on the West. Lebanon and Syria on the North. Iran masterminded the recent war between Israel and Hamas. War is needed to stop this insanity is a regime change in Tehran. Iranians are already rioting against their corrupt expansionist government, maybe it’s time for us to help them out. 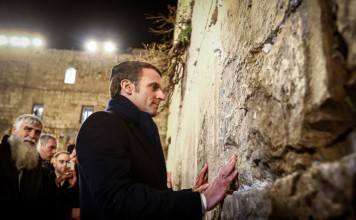