I fear you have embarrassed yourself by claiming that the Palestinian Arabs created a safe haven for Jews after the Holocaust. According to Wikipedia, the Arab leader in Palestine, “The Mufti of Jerusalem, Haj Amin al-Husseini attempted to create an alliance with Nazi Germany and Fascist Italy to obstruct the creation of a Jewish homeland in Palestine, and hinder any emigration by Jewish refugees from the Holocaust there”. Some “safe haven”.

Then in 1948, the moment Jewish leaders announced the establishment of the state of Israel, the armies of five Arab countries invaded the nascent state hoping to destroy it before it began. Some “safe haven”.

Here’s a real tragedy, there were individual Arabs who welcomed and embraced their Jewish neighbors. Jews and Arabs worked and lived together. There are still Jews and Arabs who try to initiate programs that bring their children together in hopes that the barrier of hate can be dismantled. But today, any Palestinian who has friendly relations with Israeli Jews risks their lives just for wanting to live a normal friendly life. There is no taste for peace among the Palestinian Arabs, They want Israel gone.

Even Yasser Arafat caved into this extremism when in 2000 he walked away from the peace agreement he signed in Washington DC. Arafat was forced to make a last minute unreasonable demand because he know it would not be accepted relieving him of having to face the Palestinian street in which Arafat told Clinton he would “not last a week”. *Clinton’s biography My Life

Maybe you are a person who could help the two parties come together in peace, but to do so, you have to educate yourself about the real history. I bet you didn’t know that the Soviet Union was influential in encouraging Arab countries to reject Israel as expressed in the 1967 Khartoum Resolution as the three nos. No peace with Israel, no negotiations with Israel and no recognition of Israel.

Until your people accept Israel as a legitimate country that is proudly the home of the Jews, there is no way that peace can be achieved.

Representative Tlaib, you have the opportunity to either help bring peace to your people, or function as a mouthpiece for their victimization narrative. Good luck making that choice. 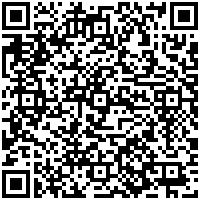