According to Monday’s reports in Haaretz and in Israel Hayom, as part of the coalition negotiations, the Likud and the Rightwing Union are working together on sweeping legislations in the next Knesset that will significantly restrict the supreme court and promote an expanded Overrule Clause that will prevent, among other things, the possibility of prosecuting Netanyahu.

According to Haaretz’s legal correspondent, Chaim Levinson, Netanyahu intends to add to the agreements with his coalition partners and to his next government’s basic guidelines a legal appendix which will include his planned reforms in the justice system.

According to Levinson, Netanyahu also intends to promote in the next Knesset a bill that will deprive the Supreme Court of the authority to intervene not only in legislative matters but also in administrative decisions of the government, individual ministers, and the Knesset.

Rightwing Union co-leader MK Bezalel Smotrich tweeted in response on Monday: “I’m reading woeful cries of the left (about Levinson’s fake item) and I’m wondering if until thirty years ago there was no democracy here?! Weren’t [justices] Haim Cohen, and Landau, and Agranat, and Shamgar democrats?! I was not aware that [justice] Aharon Barak invented democracy… [In fact,] he stole it and we will just return it to the people.”

To make his point, Smotrich shared a tweet by Channel 13 journalist and foreign news editor Nadav Eyal who said: “Haaretz could save ink and space in the main headline published this morning by Chaim Levinson, and could simply write that Netanyahu is putting together a law to abolish democracy. That is the meaning of it. And in case this is a goat, so that everyone would eventually swallow the Overrule Clause and the immunity and Bibi could rule for eternity, there are still some things you don’t play with.”

Inescapable cultural exposition: the goat in Eyal’s tweet is borrowed from the joke about the guy who complains to his rabbi that his home is too small, the rabbi tells him to bring in a goat and eventually all his animals, then permits him to get rid of them and the guy feels he’s living in the most spacious home in the world. In other words, Bibi is piling on a ton of threats to the modus vivendi so that in the end he would remove most of them except the amendment to the immunity law that keeps him away from prosecution.

According to a Monday report in Israel Hayom, Netanyahu’s home field, the revolution in the judicial system planned by the Likud and the Rightwing Union was discussed in a document that includes 16 different articles, entitled “Governance and the Law.”

The document was compiled by the Rightwing Union and in recent days a discussion has been held on its various clauses between MK Bezalel Smotrich, and the Likud representative, Minister Yariv Levin, who also happens to be Smotrich’s rival for the post of justice minister.

Israel Hayom, just like Haaretz, reported that every coalition partner will ostensibly be obligated to sign this document as an appendix to the coalition agreements. Netanyahu is familiar with all the clauses, but has not yet approved all of them. According to Israel Hayom, the legal appendix will likely include:

The Overrule Clause, allowing the Knesset to reinstate laws that the High Court of Justice rejected on the basis of the Basic Law: Human Dignity and Liberty.

A clause changing the method of appointing judges, in the context of which a hearing will be held in the Knesset prior to the appointment of judges, and the government will appoint them (instead of the current, court-dominated method).

A clause on raising the number of supreme court justices by 4, from 16 to 20, and limiting the judges’ terms to 12 years.

This one was taken directly from FDR’s play book when he faced a Republican supreme court that kept knocking down his legislation intended to heal the Great Depression. FDR, who enjoyed the support of both houses, suggested appointing 9 “apprentice justices” who would be “groomed” towards their lifetime of service and meanwhile vote with the president on all major rulings. The supreme court got the message and started to behave.

A clause restricting the right of standing, which would shoo away the public petitioners from the High Court of Justice, accepting only claimants with a tangible, specific connection to the case who seek specific relief from the Supreme Court. Starting with a foolish decision by Justice Agranat in the early 1970s, Israel has become the only democracy where one need not show personal damage in order to sue.

A clause narrowing the grounds for unreasonableness, which the coalition would use to pass a law barring the High Court of Justice from disqualifying laws and decisions by elected officials, including by the Knesset, the government and mayors, on the grounds of their being unreasonable. The source of this doctrine was in British law, but the Israeli high court turned it into a blunt weapon against the executive and the legislative branches, killing laws and regulations simply because the court didn’t agree with the thinking behind them.

Finally, a clause amending the government work regulations, so that the attorney general would no longer be allowed to restrict the government’s decisions, but would himself be restricted to only providing legal advice.

That clause still does not resolve the fundamental problem at the root of the AG’s role, which still combines the two disparate functions of being both the independent head of the country’s entire legal system, while also serving as the chief attorney of the executive branch. It’s a mishmash that enabled the raging activism of the supreme court which routinely filled the void created by the AG’s perpetual inner conflicts.

Again, the above much-needed remedies of Israel’s legal system could end up just being a herd of Bibi’s goats, and in the end all the PM is looking for is a way to avoid the prosecution. 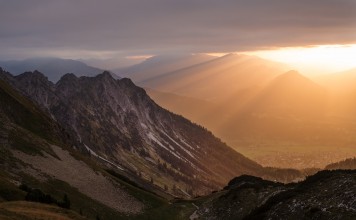 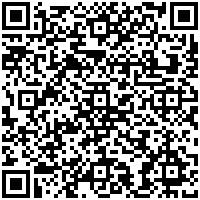