Well you sure have angered Jews by claiming that while he was Jewish, Jesus was not born in Judea as the Bible says, but in Palestine. You have a wonderful knack of getting Jews to reach for their ulcer medication.

As a Jewish person who is well aware of the Palestinian effort to delegitimize Israel, and your role in this hoped for erasure, I can tell you that you that it doesn’t make any difference what nonsense you spew.

Jews are the aboriginal people of Israel. They were living and praying in Jerusalem 1400 years before the advent of Islam. The Palestinian effort to pretend that they lived in Israel before the Jews is pathetic nonsense and just makes them look like fools.

Why don’t you do something constructive for a change and tell your Palestinian minders that achieving justice and human rights can be better achieved in an environment where the aggrieved acknowledge the existence of their enemies.

Your sadistic stick a pin into the Jews story reminds me of Palestinian Holocaust denial. Half of the deniers say it never happened. Some like Mahmoud Abbas say it happened, but not to the extent that historians claim, and that it was a collaborative effort between the Zionists and the Nazis. Then there are those who say it happened but Hitler should have finished the job. Which school are you in? 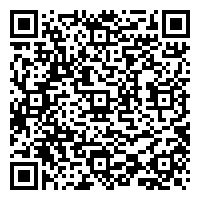