Last Friday night brought new experiences for a Shabbat. I had an accident in my home and I was bleeding and my arm swelled up quickly.

This required some fast thinking, I said to myself.

Obviously, I needed to go to some time of emergency room to get some fast treatment.

But it was Shabbat. We aren’t supposed to break the Shabbat,  but if it is a question of health, part of the law (halachot) of Shabbat itself is to break the Shabbat to preserve life. And we are very liberal of the definition of what is life-threatening. If any limb or facial feature or any other part of the body might suffer harm or if you are in pain, medical attention is required.

There is no reason to be in pain on Shabbat, more than any other day. If you stubbed your toe during the week, you wouldn’t run to the doctor, but if you are bleeding and your arm is swelling up, you don’t have to think twice. And while you don’t have to go out of your way to break Shabbat, you don’t have to scrimp or save on time, when it is time to get to a Doctor. So the first breaking of Shabbat for me was taking the elevator down from my fifth-floor apartment to the lobby. One would think that you would want a non-Jewish driver to minimize the breaking of the Shabbat, but the Halacha (law) is actually the opposite. We prefer a Jewish ambulance driver who wants to get you to the hospital safely, whether than someone who might be prejudiced against Jews and take his time to get to the hospital The Jewish driver knows that “breaking” the Shabbat is actually keeping it.

The next problem was I didn’t know where to go. I have lived in Jerusalem for seven years but never had a medical emergency. I have a regular doctor at the Wolfson Medical Clinic in Shaarei Hesed – Rehavia and they give me regular appointments whenever I need them. I have had a couple of semi-several serious medical problems over my seven years here, but I made an appointment (although sometimes you have to wait for several months), and was always taken care of.

Now, what do you do with an emergency? In the states, we have emergency rooms. The couple of hospitals that are here are quite a distance away, and I am not sure if they have walk-in emergency rooms. I knew that there is something called Terem, that was available on the evenings and Shabbat and have heard of people going to it, someplace near the Central Bus Station. So first I thought I would call a Taxi on Gett. Gett vetted its drivers, they give you a credit card bill and you know they go according to the meter on the Taxi. There are many stories of Jews being ripped off by unscrupulous drivers on Shabbat and the evenings. Gett helps avoid these issues. I live in the most normally tourist area of Jerusalem. Usually, the five major hotels within ½ a kilometer of my house have taxis running by day and night, but now because of the virus, most of the hotels are still 90 to 100% empty.

So I tried the Gett application and though it had worked before for me, I couldn’t get it too work.

So I looked out on King David Street and there was a taxi going by (It was only about 8:30 at night), and I yelled and he stopped. I knew now was not the time to ask for the price, I was grateful to get a taxi. I said I need to go to Terem and he understood English. Isn’t by the Central Bus Station I asked? There is one there he replied but there is a new one closer to us down by Hebron Road medical center, about a 15-minute ride away.

He took me there and stayed with me until we were sure that the Terem was open. I asked for the price and he told me thirty (30) shekels which is the regular everyday price, certainly not Friday evening when you have no public transportation option. I thanked for his honesty and paid the 30 shekels and I dedicate this piece to the Zadik taxi driver.

The Terem Promenade Branch office, which is just off of the main Street, Hebron Road, the address is 6 Daniel Yanovski Jerusalem turns out to open from 8:30 to midnight 7 days at week. If it had been later at night I would have had to go to the main office by the Central Bus Station which is open 24 hours a day 7 days a week. Their office name is Terem Romema-Sarei Yisrael on the corner of Sarei Yisrael and Jaffe Street. I know all this now after the fact.

Any way the Terem Promenade Branch was also very professional, but you expect that, not like the low expectations I had of the taxi drivers.

The office saw me right away, spoke English, and charged less than 100 shekels. They gave me a tetanus shot, patched and bandaged me up and I was on my way. Now the only problem was they gave a prescription for antibiotics and an antibiotic cream and there was no close pharmacy.

The two open pharmacies until midnight were another cab ride away, and I didn’t want to break Shabbat any further. I got the names and addresses of both places and they were not on the way home. I then walked home, since I was not in pain and it was a beautiful evening, without the need to break Shabbat any further, which is a good goal if you can do it. For a doctor returning home from an emergency, is considered part of his going out. If it were not so, the doctor could not leave his family and not return. His return is considered part of his trip and he can drive or take a taxi. For the patient, it is a little more complicated.

Since it was late, and a 40-minute walk home, I could have taken a taxi under the laws of Shabbat. I could of also taken a taxi to the pharmacy, but I didn’t need the medicine until tomorrow (Saturday), so I walked home and worried about the medicine the next day. I awoke at 4:00 a.m. after getting home about 11 and thought that I should do a two-hour walk when it was cool to the pharmacy but low and behold there are no 24-hour pharmacies at this time. Maybe because of the Corona, but Google couldn’t find me anything open in the morning. The late-night pharmacy of the previous night didn’t open until 10, but stayed open until 7. The problem was of course that there is the synagogue in the morning and it not nice and cool like it is at 4:00 in the morning, but hot the whole day.

So, I decided to walk with my friend Moshe, who had planned to come to my house to walk in advance at 5:30. It was a 45 to 50-minute walk but as long as I got there by 7 I would have the medicine today as the Doctor wanted. We walked to the only open pharmacy in Jerusalem by 6:30 and was back home by 7:15. Moshe later told me that there is an Arab pharmacy in the Old City open until 7 pm seven days a week, but that was later learned knowledge.

The cuts and scabs responded to the medicine and the antibiotics and in a few days, I will be as good as new. A little banged up in the process, but wiser for what to do in case of another medical emergency, thanks to Terem and the Tzadik Cab driver

Speaking of drivers, here is a story about drivers:

Moishe and the Case of the Forgotten Car Keys

As Moishe left a board meeting at shul, he desperately gave himself a personal TSA pat down. He was looking for his keys. They were not in his pockets. A quick search in the meeting room revealed nothing. Suddenly he realized that he must have left them in the car. Frantically, he headed for the parking lot.

Moishe’s wife, Miriam, had scolded him many times for leaving the keys in the ignition. Moishe’s theory is that the ignition is the best place not to lose them. Miriam’s theory is that the car will be stolen. As Moishe burst through the doors of the shul, he came to a terrifying conclusion: Miriam’s theory was right. The parking lot was empty. He immediately called the police. He gave them his location, confessing that he had left the keys in the car and that it had been stolen.

Then Moishe made the most difficult call of all. “Honey,” he stammered. He always calls her “honey” in times like these. “I left my keys in the car, and it has been stolen.”

There was a period of silence. Moishe thought the call had been dropped, but then he heard Miriam’s voice. “Moishe!” she barked, “I dropped you off!”

Now it was his time to be silent. Embarrassed, he said, “Well, come and get me.”

Miriam retorted, “I will, as soon as I convince this policeman I have not stolen your car!” 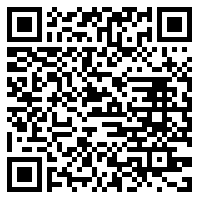