The Custodian of the Two Holy Mosques King Salman bin Abdulaziz Al Saud made a phone call Sunday to President Donald Trump and affirmed the Kingdom’s “keenness to reach a lasting and just solution to the Palestinian cause to bring peace, which is the main starting point for the Kingdom’s efforts and the Arab Peace Initiative,” NEOM reported. The King told the president that he would not follow in the footsteps of the United Arab Emirates before Israel signs an “internationally recognized peace accord with the Palestinians.”

The White House report of the same phone conversation said President Trump “welcomed the opening of Saudi air space to flights between Israel and the United Arab Emirates, beginning with last week’s historic commercial flight from Tel Aviv to Abu Dhabi,” and “highlighted the significance of the Abraham Accords and discussed ways to enhance regional security and prosperity.”


Last Thursday, Bahrain announced that it, too, would permit flights to and from the United Arab Emirates and israel to cross its airspace (Bahrain Follows Saudi Arabia, Allows Israeli-UAE Flights Through its Airspace).

Like many other Gulf States, Saudi Arabia maintains a secret relationship with Israel, but because of its more dominant role in the region, the kingdom feels that a formal recognition of the Jewish state would be viewed by many Arabs as a betrayal of the Palestinians’ cause and hurt Saudi Arabia’s image as the leader of the Islamic world.

The White House also said President Trump urged Saudi Arabia to resolve its conflict with Qatar. The Saudis have led a Gulf State boycott of Qatar in 2017 over several gripes, including the aggressive anti-Saudi stance of Al Jazeera, which is sponsored by Qatar, and Qatar’s collaboration with Iran against its Arab neighbors.

As things usually go in the Middle East, the Saudis will probably make peace with Israel before they end their feud with Doha. 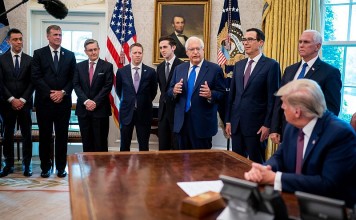 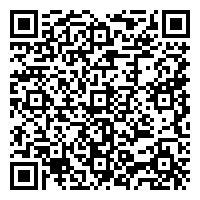