A secular organization is promoting a ban on the Rabbanut – they are calling on people to not use the Rabbanut services for marriages.

They are upset with the process employed by the Rabbanut for investigating the Jewishness of the marrying couple. “When they drafted us to the army they did not ask us to prove our Jewishness, they collect our taxes without caring if we are Jewish or not. Why in preparation for the most fortunate day of our lives do we need to go through 7 layers of hell?”

The proposed solution is to teach the Rabbanut a lesson in customer service and customer retention. From today we will no longer wed in the Rabbanut!

So, the Haredim already do not marry in the Rabbanut or use just about any of its services. The secular are now not going to be using the Rabbanut services (and many already do not want to but only do so because they are forced to). The Dati Leumi use the Rabbanut, but even they are increasingly finding alternatives, whether it is Tzohar or the various haredi Badatz organizations… So, as I have said before, the Rabbanut is almost irrelevant to Israeli society. Maybe it is time to do away with the Rabbanut completely.

If one might respond saying that how will we keep track of marriages, we will need to start a sefer yuchsin, there will be a proliferation of mamzerim and invalid marriages.. I look around the world – in the US and in Europe the religious do not keep a sefer yuchsin, there is no central jewish registry for recording marriages and tracking mamzerim. And people seem to marry just fine using private rabbis and doing their own investigations into family backgrounds. We have not found a proliferation of mamzerim running around the United States and Europe due to the lack of a “Rabbanut-style” organization controlling things. I think we could do just fine without them. Personally I do not have a problem with them, but I do not see the point or purpose in having them. 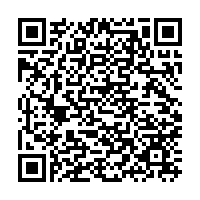