I was speed reading through a pile of new books last week and came across a marvellous article in a new collection by Charles Krauthammer, Things That Matter: Three Decades of Passions, Pastimes and Politics. The book looks really good. I recommend it.

Here’s the little article that caught my eye because I am known to be asking the “are-they-Jewish’ question here on my blog.

Strange doings in Virginia. George Allen, former governor, one-term senator, son of a famous football coach and in the midst of a heated battle for reelection, has just been outed as a Jew. An odd turn of events, given that his having Jewish origins has nothing to do with anything in the campaign and that Allen himself was oblivious to the fact until his 83-year-old mother revealed to him last month the secret she had kept concealed for 60 years.

Apart from its political irrelevance, it seems improbable in the extreme that the cowboy-boots-wearing football scion of Southern manner and speech should turn out to be, at least by origins, a son of Israel. For Allen, as he quipped to me, it’s the explanation for a lifelong affinity for Hebrew National hot dogs. For me, it is the ultimate confirmation of something I have been regaling friends with for 20 years and now, for the advancement of social science, feel compelled to publish.

Krauthammer’s Law: Everyone is Jewish until proven otherwise. I’ve had a fairly good run with this one. First, it turns out that John Kerry — windsurfing, French-speaking, Beacon Hill aristocrat — had two Jewish grandparents. Then Hillary Clinton — methodical Methodist — unearths a Jewish stepgrandfather in time for her run as New York senator.

A less jaunty case was that of Madeleine Albright, three of whose Czech grandparents had perished in the Holocaust and who most improbably contended that she had no idea they were Jewish. To which we can add the leading French presidential contender (Nicolas Sarkozy), a former supreme allied commander of NATO (Wesley Clark) and Russia’s leading anti-Semite (Vladimir Zhirinovsky). One must have a sense of humor about these things. Even Fidel Castro claims he is from a family of Marranos.

For all its tongue-in-cheek irony, Krauthammer’s Law works because when I say “everyone,” I don’t mean everyone you know personally. Depending on the history and ethnicity of your neighborhood and social circles, there may be no one you know who is Jewish. But if “everyone” means anyone that you’ve heard of in public life, the law works for two reasons. Ever since the Jews were allowed out of the ghetto and into European society at the dawning of the Enlightenment, they have peopled the arts and sciences, politics, and history in astonishing disproportion to their numbers.

There are 13 million Jews in the world, one-fifth of 1 percent of the world’s population. Yet 20 percent of Nobel Prize winners are Jewish, a staggering hundredfold surplus of renown and genius. This is similarly true for a myriad of other “everyones” — the household names in music, literature, mathematics, physics, finance, industry, design, comedy, film and, as the doors opened, even politics.

But it is not just Jewish excellence at work here. There is a dark side to these past centuries of Jewish emancipation and achievement — an unrelenting history of persecution. The result is the other more somber and poignant reason for the Jewishness of public figures being discovered late and with surprise: concealment.

Look at the Albright case. Her distinguished father was Jewish, if tenuously so, until the Nazi invasion. He fled Czechoslovakia and, shortly thereafter, converted. Over the centuries, suffering — most especially, the Holocaust — has proved too much for many Jews. Many survivors simply resigned their commission.

For some, the break was defiant and theological: A G-d who could permit the Holocaust — ineffable be His reasons — had so breached the Covenant that it was now forfeit. They were bound no longer to Him or His faith.

For others, the considerations were far more secular.

Why subject one’s children to the fear and suffering, the stigmatization and marginalization, the prospect of being hunted until death that being Jewish had brought to an entire civilization in Europe?
In fact, that was precisely the reason Etty Lumbroso, Allen’s mother, concealed her identity. Brought up as a Jew in French Tunisia during World War II, she saw her father, Felix, imprisoned in a concentration camp. Coming to America was her one great chance to leave that forever behind, for her and for her future children. She married George Allen Sr., apparently never telling her husband’s family, her own children or anyone else of her Jewishness.

Such was Etty’s choice. Multiply the story in its thousand variations and you have Kerry and Clinton, Albright and Allen, a world of people with a whispered past.

Allen’s mother tried desperately to bury it forever. In response to published rumors, she finally confessed the truth to him, adding heartbreakingly, “Now you don’t love me anymore” — and then swore him to secrecy. 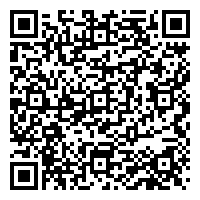