A young Haredi man, a Chabadnik, showed up to the IDF draft offices, expecting to submit himself to the army draft, and ended up getting arrested for being AWOL.

The fellow had received a deferment from army service for learning in yeshiva. Eventually he finished his learning and traveled abroad in the capacity of being a “Chabad shliach.”

As soon as he stepped out of the country, he was officially AWOL.

He returned to Israel in October and appeared at some point before the army draft board to be enlisted. He was immediately arrested for being AWOL. His excuse that he did not know he was AWOL fell on deaf ears and he has been served with an indictment.

Due to the involvement of the IDF Defense Attorney, he was moved to an “open arrest” which allowed him to begin his actual service and training. His commanders have reported that he is serving well, with high motivation, and despite officially being under arrest, he was able to get married and he has even been allowed out to go home for short periods of time.

His trial is coming up this week, and the prosecutor wants him in jail. The defenders defense is that doing so would harm the army’s ability to attract other haredim to the service, and they shouldn’t go hard on someone whose community they are trying to attract. source: Walla News

Personally, I am against such arguments. AWOL? How difficult is it to inform the army of your situation, file the paperwork or do it properly? If a young man from Tel Aviv or Haifa had gone AWOL, should they not prosecute him just so that others don’t see the army as being too harsh?

On the other hand, sometimes it is just bureaucracy getting in the way. Even a tight system should be able to be lenient when a situation calls for it. He was not caught hiding out avoiding service. He was caught because he came to their offices to serve! He made a mistake, he could be made to pay for it without being treated too harshly. While I disagree with the argument – don’t punish him because it will look bad for other people, I do think there is room for leniency considering he came on his own to serve. 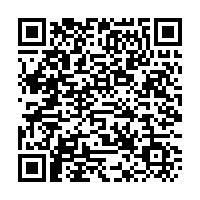