If you want to know why everything is going wrong for Obama and the Democrats, from Obamacare to Ukraine, the answer is simple.  Liberals got everything they asked for, from stimulus to “reset.”  I know: Crimea River.


But we conservatives only ever get a smidgen of what we want.  Even back in the golden age of Reagan, we Reaganites weren’t at all sure what we’d got in Ronaldus Magnus.  Could he get through a presidential debate without putting a foot in it?  Would supply-side economics really end the 1970s stagflation?  Was SDI going to end up a Star Wars fantasy?  Would the Democrats finally sink him with Iran-contra?

Liberals get what they want, good and hard.  Or at least the “under” people in the over-under Democratic Party get it good and hard, while liberals sail onwards and upwards through successive revolving-door government-university-foundation-bankster sinecures.  Only the 1% need apply.

Take Obama.  Liberals got exactly what they wanted: America’s First Black President.  But they also got an Affirmative Action president who didn’t have the wisdom or the authority to change the battle plan once he got into power.

It mattered that Obama went full-ahead on the Democrats’ agenda for Obamacare, “stimulus,” green energy after the worst financial crisis in living memory.   The economy needed repair, not more of the same.

It mattered that Obama failed to secure Bush’s stabilized Iraq and blundered around in Afghanistan.  Obama could have bailed on his “right war” hypocrisy, but didn’t.

Now, with Ukraine, it matters that Obama rescinded the promised ABM systems for Eastern Europe.  Liberals have been telling us for decades that great power chess is old school.  Peace process, that’s new school.  So now we have bad actors running amok.

Bottom line when liberals get what they want is that the American people get hammered, big time.

Fortunately, conservatives never have to worry about that.  Anything that conservatives propose has to survive a hail of liberal bullets.  It’s all so terribly unfair.  And yet.

If we had our druthers, conservatives would privatize Social Security, replace Medicare with a subsidy, choice-ify education, and change welfare as we know it.  But the American people, the fabled low-information voters, would be horrified if they really knew what we wanted, and would use that knowledge to vote liberals in for a generation.  Why?  Because for the vast majority, the entitlement programs are like the gigantic Greek columns on a bank facade.  They create a feeling of solidity and security, even if they are fake.

Guess which bank collapsed first in the Crash of 1907?  The bank with the biggest columns up front: the Knickerbocker Trust Company.

So conservatives only get to make teensy-weensy policy changes.  A tax rate cut here, an HSA or a charter school there.

Yes, but won’t we still end up like Argentina or Venezuela, with some future community organizer president flogging the masses into demanding more free stuff, come what may?

Maybe so.  Meanwhile the Obama administration has failed to deliver jobs to the jobless, and it hasn’t helped women to keep their doctors.  And Bill de Blasio in New York City is declaring war on charter schools.

Even liberals can hear the roar of the guns.  Here’s Nick Kristof starting to blame the professors.  The way Nick sees it, professors need to raise their game to roll back the “anti-intellectualism” from chaps like Rick Santorum and Republicans attacking social science research.

Kristof’s right, but not in the way he thinks.  The problem with professors is that government money has turned the academy into such a liberal echo chamber that there is not enough bandwidth left that can get through to liberals with a message like “this is a really, really bad idea, liberals, and will end in the biggest train wreck you ever saw.  Because Hayek.”

Hayek?  Isn’t she a movie star?  Wait!  Who is that Dead White Guy in among the hotties?

We conservatives look at modern society in the same way as Michael Novak.  We see it made up of three power sectors: political, economic, and moral/cultural, and we think they should be kept separate.  When the intellectuals in the moral/cultural sector start straying into politics, or the politicians start legislating morality, they create a condominium between moral/cultural and political power, AKA an established church, and we don’t like it.

In Obama’s America, of course, the political sector violates the economic sector with crony capitalism and regulation and inflationism while bribing the moral/cultural sector with grant money and jobs for journalists, and the result is a train wreck.

That’s what happens every time liberals get what they ask for. 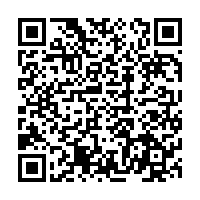