This past week, a number of people I know were stuck in Jerusalem (and other areas) for hours after members of the extremist “Peleg HaYerushalmi” sect/faction blocked the streets of Jerusalem.

These people blocking the streets are not Hareidi, and they’re not Yeshiva students.

They are frauds, they are phonies, they are fakes, and they should get off our streets.

Leading Hareidi Rabbis, such as Rabbi Chaim Kanievsky have strongly condemned and denounced these protesters for the Chilul Hashem they have created.

The majority of Ultra-Orthodox communities have accepted the various compromise solutions between their communities and the IDF, and while no side (Israeli society, IDF, Hareidim) can say the solution is perfect, it is certainly good enough for now.

We at the Muqata personally know many Hareidi soldiers successfully serving in the IDF, learning Torah, and proudly maintaining their Ultra-Orthodox life-style — and they and their families are examples of people who deserve all our respect and admiration — as true representatives of the Hareidi community.

Whereas, members of Peleg Yerushalmi have created a Chilul Hashem, they have caused Bitul Torah, and they have increased Sinat Chinam.

These protests and street closings were launched after 2 “yeshiva” students were arrested for draft dodging.

But it wasn’t that these two simply didn’t show up at the draft office to receive their automatic IDF deferments.

No… they were pulled over by police after they were caught driving dangerously coming back from their Dead Sea vacation.

These are the “yeshiva students” for whom these protests and street closings are for.

The two now sitting in jail for 20 days. They should use that opportunity to actually learn Torah.

And the rest of these frauds should join them. 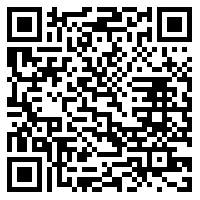