Do you wonder why Israelis are moving politically rightward, and see no prospects for peace on the horizon with their depraved neighbors?

The answer, in part, has to do with the self-inflicted daily decline of humanity of the Gazans.

While terror chief and local PA soccer representative Jibril Rajoub was trying to stick Israel in the dock at FIFA, as usual no one was checking out what’s really going on in the “Palestinian” sports scene.

To help boost attendance at the Sunday game, the Gazans decided to link the game to their only “victories” in the war they initiated last summer.

On Sunday, in the final Gaza Cup soccer game, the two city’s teams, Team Itchiad Shujaiyeh and Team Khadmat Rafiach morbidly represented themselves based on the two dead Israeli soldiers who were kidnapped in their respective cities and whose remains Hamas still hold on to.

Team Itchiad Shujaiyeh is now “represented” by the capture of First Sergeant Oron Shaul who was killed in the APC attack near Shujaiyeh and his dead body then stolen by Hamas.

Team Khadmat Rafiach is “represented” by the capture of Second Lieutenant Hadar Goldin who was killed when Hamas attacked IDF troops during a “cease fire.” Hamas then dragged his body into a terror tunnel underneath Rafiach.

The Gazans say the team’s cities are the backbone which allowed for the kidnapping of the bodies of the soldiers.

But hey, not a FIFA official is in sight.

Which team won? They both lost.

Will it ever be possible to rehabilitate the Gazans and restore them to the ranks of humanity? 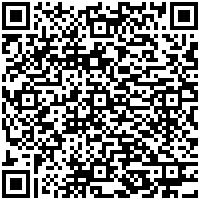