A year after the Crusaders captured Jerusalem, they turned to conquer Israel’s coastal cities.

Haifa’s Jewish community is mentioned in the Genizah documents.  The city was one of three forts (מבצר) that we know of – Haifa, Dan (Banias) and Rafah (Rafiah).  Each had a major Jewish community.  Haifa was probably mostly Jewish, if not exclusively so, with a small Muslim military presence.

In the mid-11th century, Haifa was visited by the Persian Nasir Khusraw.  He described the town’s shipbuilders who built a local brand of boat named ‘Judi.’

In the 1070s, following years of internal Muslim battles, Jerusalem was conquered by the Seljuq Turks.  The security situation turned dire and the Israeli Yeshivah moved to Tyre.  In 1082/4, the Israeli Gaon came back to the Land of Israel and conducted the Hoshana Raba ceremony in Haifa.

The story of Haifa’s conquest, in the summer of 1100, is reported by Christian chroniclers.

An anonymous Venetian monk writing in the early 12th century tells us that Haifa stood in ‘God’s way’ and that the pagans (ie, Muslims) trusted its fortifications and its ‘important residents’ to withstand the Crusader assault.  So who were those residents?

The Crusaders first proposed the residents convert.  They promised them they wouldn’t pay more to the Christian kings than they’re currently paying the pagans.  Haifa’s residents refused.

The Crusaders attacked the “City of Satan”.  The “Enemies of God” bravely defended the city, withstanding the sword, fire and heavy stones.  Night and day they cursed Jesus saying:

Your crucified God, in which you believe, never entered this city, and neither did his students.  You stupid cowards will never conquer it bravely!  The kings of Persia and Babylon [meaning Egypt] put this city under siege, with armies far greater than yours, and could never conquer it, and how will you do so, when you are so few and so foreign in your religion?  Neither your God nor any other can submit us to their faith; we do not worship a God worshiped by others, and we do not submit to a prince of flesh and blood, and we only keep the faith we choose.

The monk’s description of the city’s residents (“enemies of the Cross”, the “Anti-Christian city”) is similar to that used for Jews in that era.

A more direct reference is found in the account of historian Albert of Aachen.  He writes howTancred, the Norman leader of the Crusades, together with Venetian forces, surrounded Haifa from sea and land and put the town under siege.  But when the Norman knights approached the walls with their heavy siege machine, the Jewish residents stood armed on the walls.  For fifteen days they fought against the attackers, leaving the Crusaders with heavy casualties, until the Christians withdrew.

Patriarch Daimbert came to console Tancred, who was jealous that Haifa was already promised to a different knight.  Daimbert told him that it would be a disgrace to the Crusader efforts if the city, defended so valiantly by the Jews, will not be conquered.  He promised Tancred that the city will be given to whomever conquers it.

Tancred charged the city again.  The Jewish defenders, together with the Muslim troops, stood bravely against them.  They hurled boiling oil and tar down on the Christian attackers.  But as the battle progressed, the defenders suffered fatalities and those remaining realized they couldn’t win.  They defenders fled and with them the rest of the city’s residents.  Whoever was caught by the Christians was killed.

After a month-long battle, the Jews of Haifa lost the battle and the city was conquered by the Crusaders.  As the anonymous monk puts it: Haifa was conquered, and for the first time ever, submitted to the rule of Christ.

Under Crusader rule, the city became a Christian-Muslim town.  The shipyards were never rebuilt. 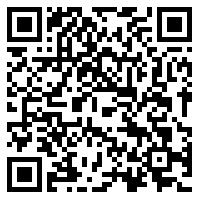