A fascinating exchange is going on in the Twitterverse.

Hamas’s online Jihadi supporters and groupies are desperately trying to differentiate between their support for Hamas and supporting ISIS. It appears that supporting ISIS, even among these radicals, is not yet 100% acceptable (but give it a year, and it will be), probably because of the beheading.

When confronted by pro-Israel Twitter activists comparing Hamas to ISIS, the affronted Hamas Jihadi supporters try to backpedal and claim that Hamas and ISIS are not similar at all, and they don’t support ISIS, only Hamas.

The primary proof they’ve use is that ISIS is expansionist, and Hamas (they claim) isn’t.

In reality, besides the color of their flags, its impossible to really differentiate between the two.

Both want to create Islamic states. Both brutally murder, torture and oppress their political and religious opponents and citizens. Both use and brutalize children. Both drag dead bodies (they killed) through the streets. Both hate Israel. Both promote Jihad. Both are Islamic.

In truth, the online Jihadi supporters raise an important point. There is one fundamental difference between the two terror organizations / Islamic states.

ISIS is interested in setting up a Global Caliphate, whereas Hamas would be satisfied with setting up an Islamic state only where the State of Israel exists today.

So, could it then be that the fundamental difference is not actually between Hamas and ISIS, but rather with these Hamas supporters?

These Jihadi supporters only want the Jews and Israel destroyed, but don’t necessarily want an Islamic Caliphate in their own backyard (NIMBY).

Apparently, even the Red-Green alliance (Radical Left + Islam) has its limits.

These social media activists don’t seem to grasp that their double-standard political position (only kill the Jews, but not the whole world) is not as morally superior as they think it is. 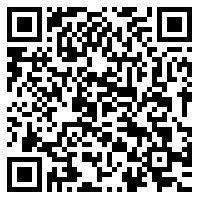