Raed al-Attar, the most senior of the three, Mohammed Abu Shemaleh, and Mohammed Barhoum are dead, according to the Israel Security Agency (ISA / Shin Bet), as well as reports in Arab media. Al-Attar was involved in the abduction of former IDF soldier Gilad Shalit in June 2006.


“The strike was the result of intelligence and operational activities, which led to the detection and attack on two central operatives from the heart of Hamas’s military leadership,” the Shin Bet said in a statement.

It is still not clear whether the ‘spiritual’ head of Hamas in Gaza, Muhammad Deif, was killed in a bunker buster bombing attack late Tuesday night that killed his wife and infant son, and injured two children.

But Deif, known as the engineer who is responsible for the ‘military strategy’ of Hamas, is rarely seen and eschews all technology that could be used to track his movements. Deif is also held responsible for the development of the Qassam rockets, and is the mastermind of the suicide bombing plots that have terrorized Israeli society for decades.

According to local sources, Mohamed Yassin, chief of Hamas operations, and a chief of commanders, were together with Deif at the time of the attack which struck the six-story home of the al-Dalou family in the Sheikh Radwan section of Gaza City.

The home had three floors above ground and three below, according to sources that requested anonymity; Deif’s wife and children were in the floors above during the attack. Deif and his fellow terror leaders were in conference underground.

Five bombs were dropped on the home to ensure an accurate hit, according to Israeli intelligence sources who spoke with Fox News. 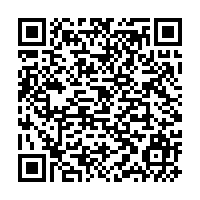