Sura 7 in the Quran relates the following story about a Jewish town:

(162) And ask them about the town that was by the sea – when they transgressed in [the matter of] the sabbath – when their fish came to them openly on their sabbath day, and the day they had no sabbath they did not come to them. Thus did we give them trial because they were defiantly disobedient. (163) And when a community among them said, “Why do you advise [or warn] a people whom Allah is [about] to destroy or to punish with a severe punishment?” they [the advisors] said, “To be absolved before your Lord and perhaps they may fear Him.” (164) And when they forgot that by which they had been reminded, We saved those who had forbidden evil and seized those who wronged, with a wretched punishment, because they were defiantly disobeying. (165) So when they were insolent about that which they had been forbidden, We said to them, “Be apes, despised.”

Sound like a fractured Midrash to me.  In any case, where is this town by the sea?  According to most Islamic scholars, the city is Eilat(*).

Islamic sources mention four Jewish settlements in the Gulf of Eilat area: Adhruh, Jarba, Maqna and Eilat.  Maqna and Eilat were situated on the coast, Maqna being further south than Eilat.  Adhruh and Jarba were to the north, further inland.  These Jews grew dates (an occupation common among the Jews of Arabia), fished and kept horses.  Their women spun and wove textiles.  They carried weapons and owned slaves.

When Muhammad approached Israel, after arriving at Tabuk, these communities sent delegations to the new conqueror.

Izhak Ben-Zvi brings the following in his book “Remnants of Ancient Jewish Communities in the Land of Israel”, written by Ibn Sa’d in the 9th century (translation mine):

“Yuhanna son of Ru’ba, king of Eilat, came to the Prophet, and with him the residents of Jarba and Adhruh.  And they came to the Prophet, and he taxed them, and he wrote them a letter saying: ‘In the name of Allah the Merciful, this treaty is given from Allah and his messenger Muhammad to Yuhanna son of Ru’ba and to the residents of Eilat, their ships and their services, in sea and land.  The protection of Allah and Muhammad is given to them, and to the Syrians and Yemenites and peoples from across the sea who live with them.  And if any of them break the law, his property will not protect him, and will be to whoever takes it.  And they are not to be prevented from the water they want to access, or the way they want to pass in, in sea and land.  Written by Juhim bin-Salat and Shurhavil bin-Hasana, written with permission of the Messenger of Allah.”

And he continues: “Muhammad Ibn ‘Omar (Al-Waqidi, 8th century) says: I copied the letter of the people of Adhruh that says: In the name of Allah the merciful!  This is the treaty of Muhammad the Prophet with the residents of Adhruh, which gives them the protection of Allah and Muhammad, and they must pay 100 dinars, pure gold, on the month of Rajab, and they guarantee in the name of God that they’ll be loyal friends and act well towards the Muslims who turn to them for shelter due to fear or danger when they fear Muslims, and they can be certain Muhammad will not attack them without meeting with them first.”

“And the Messenger of Allah taxed the people of Eilat 300 dinars, and they numbered 300 men.”

Jarba, Adhruh and Maqna are specified as Jewish.  Eilat had a significant Jewish community, and as we saw before, Muslim scholars throughout the ages fingered it as the town of Jews mentioned in the Quran. 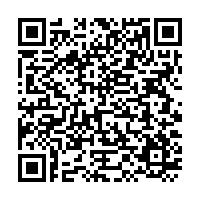