The entire Muqata staff mourns the loss of Robin Williams, comedian, actor, supporter of Israel, and in his own words, “an honorary Jew”

“Perhaps as a defense against the bullying of his WASP classmates, Williams found himself gravitating towards the Jewish boys at the school. They were obvious targets of discrimination because of their background and that perhaps provided some common ground between them. Most of his school friends were Jewish and they proved to be much more accepting of Williams than the other classmates had been. Williams says, with some pride, that as an ‘honorary Jew’ he went to 14 bar mitzvahs in a single year. His new friends also provided him with a working knowledge of Yiddish which survives now in the words and phrases that sprinkle his conversations and his stage act.”

From Mork the alien, who embraced weirdness as cool, to William’s stunning performances in “Good Will Hunting,” “Dead Poets Society,” “Good Morning, Vietnam”…the Genie in Aladdin….Patch Adams…Robin Williams was the actor who brought out our best.

As friend of the Muqata, Rabbi Elli Fischer wrote today: “My father taught me that there is no contradiction between laughing and crying. You can do both at the same time. This lesson was exemplified by Robin Williams, who really perfected tragicomedy in Good Morning Vietnam, Good Will Hunting, Dead Poets Society and even less heralded roles like Mrs. Doubtfire and Jakob the Liar. RIP.”

We are saddened by his death, yet we will take consolation every time a smile comes to our faces when seeing his movies. 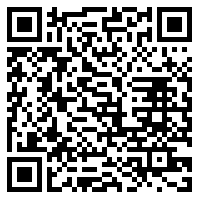